City of Johannesburg’s executive mayor Herman Mashaba addressed the city’s business community on Thursday saying that Eskom could not be allowed to ask South Africans to continue subsidising corruption which has dogged the power utility.

The National Energy Regulator of SA (Nersa) is undergoing hearings on Eskom’s proposal for a 15% tariff hike for electricity. While various sectors of society have signaled that the tariff hike would be unaffordable, Eskom has said the entity’s financial situation has forced its hand.

Arguing for a 15% tariff hike earlier this month, Eskom CEO Phakamani Hadebe told Nersa that the balance sheet of Eskom had deteriorated over time to the point where debt which stood at R380bn at the beginning of 2018 grew to over R419bn.

Mashaba will use inputs from Thursday’s meeting to inform the city’s submission to Nersa when the regulator’s hearings continue on Friday.

Mashaba told Johannesburg-based business leaders that a tariff increase would be more justifiable if Eskom proved that it would stop losing money to corruption.

"Eskom’s problem is because of corruption. If you want to fix Eskom, why don’t you start by ensuring that those who stole from the entity face the legal consequences before coming to society to ask for money? Eskom is basically asking us to give them more money to steal," said Mashaba.

A visibly annoyed Mashaba told business leaders in attendance that there has been no arrest, trial or conviction of anyone who has been found to have looted Eskom.

"I ask Eskom to demonstrate to us that those who stole from Eskom are being punished. They have destroyed the grid organisation and we must continue to fund it. We have the Asset Forfeiture Unit. We need to demonstrate that there are consequences for these things," Mashaba said.

Mashaba said the appointment of the Eskom board by President Cyril Ramaphosa was welcomed but that the president must have known of Eskom’s troubles for a long time, since he was the leader of government-business during his years as deputy president.

Mashaba said appointing a task team to assist Eskom undermined the board Ramaphosa appointed to the parastatal months before in the first place. 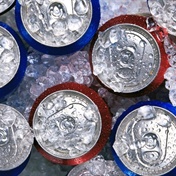