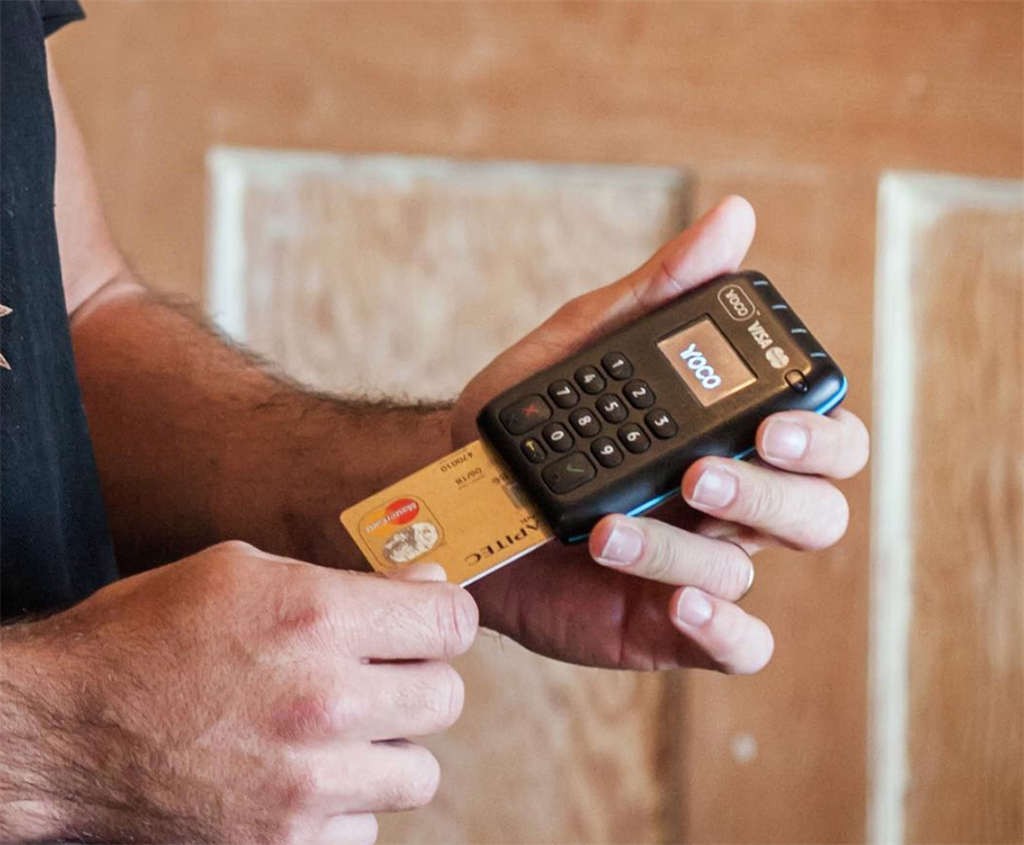 Within days of South Africa going into lockdown, card machines provider Yoco saw turnover of small businesses tank 92% compared to payments they were receiving through their devices before the lockdown. Sales of Yoco devices followed suit, but not for long.

After the initial decline in April, the number of small businesses buying payment machines or asking for online payment platforms quickly picked up. Yoco says it is likely that more people have started new business ventures and that more merchants who previously dealt in cash are moving towards digital payments.

Yoco CFO Bradley Wattrus said the company recorded a sharp increase in small businesses who started using its payment devices since the lockdown.

"We were debating what was driving it. I think one was that people needed to start a business now because someone in the family lost work, or they'd been planning to start a business but hadn't got to the point where they felt they needed to do it or there are new opportunities that have come up because of the lockdowns," said Wattrus.

Recovery on the horizon

But the company also thinks that there is some recovery in the activity of small business owners. Yoco's Small Business Recovery Monitor shows that as at 28 October, small business turnover around the country was 15% above of where it was before the lockdown.

Looking at Yoco's customer base, the company said turnover levels are now on average at 95% of what they recorded in March. But South Africa is already in peak season as far as retail sales are concerned, and Yoco said when one takes that into consideration, the revenues are still not where they'd normally be this time of the year.

"I think some small businesses are recovering. But there are two factors to this growth. On one hand, usage of cash has been declining. So, in that 95% some of the growth comes from the fact that the same customer is now choosing to use cards instead of cash," said Yoco chief technology officer, Lungisa Matshoba.

"But this is also a sign of the resilience of small businesses because they don't have an option, they need to trade. I think the people who've managed to stay alive till this point will do everything they can to continue to next year," he added.

However, Matshoba said some of the lost turnover wouldn't come back because some businesses had closed. In the second quarter of 2020, 7% of Yoco’s small business owners have had to close their doors, permanently.

Cash no longer the king?

In fact, in a survey of more than 4 000 merchants that the company conducted during the lockdown, it found that while only 8% were operating cashless in March this year, this jumped to 32% by June. And this was happening among small business owners, those who process between 10 000 and 200 000 transactions per month.

Matshoba thinks the pandemic made more people wary of handling cash. But the virus only accelerated a trend that has been building up for some time as less and less people carry cash.

"In South Africa we've always had high penetration of cards. But the increase in merchant awareness, paired with an increased drive by consumers who don't have cash on their pockets, these two things are starting to meet in the middle," he said.

Yoco said during the lockdown it has been selling more than 500 of its entry level payment devices, Yoco Go, per week. The company unveiled another pocket-size standalone payment device on Thursday, owing to the growing demand from small businesses who want to go cashless.

We live in a world where facts and fiction get blurred
In times of uncertainty you need journalism you can trust. For only R75 per month, you have access to a world of in-depth analyses, investigative journalism, top opinions and a range of features. Journalism strengthens democracy. Invest in the future today.
Subscribe to News24
Related Links
Former Absa boss Maria Ramos says banking fees can go lower in SA
Keeping the economy – and themselves – afloat
Visa, Mastercard say they just made mobile shopping a lot easier
Next on Fin24
Old Mutual to expand West African market share with acquisitions