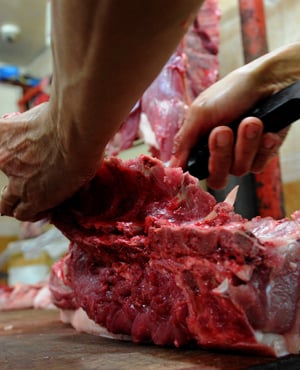 The Public Investment Corporation is in the process of getting an independent valuation for its bid for a majority shareholding in Karan Beef, the judicial commission of inquiry into the state-run asset heard on Monday.

In October, the PIC confirmed it was set to acquire a majority shareholding in Karan Beef, in a deal that was described by former CEO Dan Matjila, as "historic" and aimed at driving transformation in the agricultural sector. The deal could cost up to R5.2bn.

Tshifhango Ndadza, a senior market risk analyst at the PIC, testified on Monday the deal had been presented to various PIC committees.

“Given the valuation gap, and how the company has performed and again because of the media perception, we are now opting for a third party valuation [...] The transaction would then go through the normal process,” Ndadza told the inquiry.

Ndadza added that the bid was currently being put through confirmatory due diligence, which is a process that is undertaken when a transaction is approved but not consummated within a six month period.

Karan Beef was established by the Karan family in 1974 and operates the largest cattle feedlot and abattoir on the continent. In October, the Karan family agreed to sell a 90% stake in the business.

Ndadza the said the Unemployment Insurance Fund and the Government Employees Pension Fund were initially going to contribute an amount of less than R2bn for the deal.

"What has changed is that the capital contribution from GEPF is going to be more than the R2bn," he said.

We live in a world where facts and fiction get blurred
In times of uncertainty you need journalism you can trust. For only R75 per month, you have access to a world of in-depth analyses, investigative journalism, top opinions and a range of features. Journalism strengthens democracy. Invest in the future today.
Subscribe to News24
Related Links
World's largest feedlot drives SA's meaty export offer
Karan Beef claims it never intentionally contravened Competition Act
PIC, Pelo set to buy majority stake in Karan Beef
Next on Fin24
Discovery and client's multimillion-rand counter-sue battle headed to court