The logo of momentum

The insurer was thrust into the spotlight last week following reports that it would not pay out a death benefit for a client, Nathan Ganas over non-disclosure of an illness. Ganas was gunned down in a hijacking – his death was not related to his high blood sugar levels.

Following public outcry Momentum will pay out the death benefit to the Ganas family and has changed its policy to pay out death benefits (limited to R3m) in the case of violent crime, regardless of medical history.

Among those who welcomed the decision by Momentum was Treasury's Deputy Director General Ismail Momoniat. He said the development at Momentum creates a basis for engagement with industry on possibly tightening standards to treat customers better.

The Prudential Authority provides prudential supervision of banks and insurers by ensuring they are financially sound and step in to protect customers against the failure of these financial institutions to meet their commitments.

"The vision of the conduct authority is to have a thriving financial sector, which is efficient and that customers can trust, and feel that they are treated fairly, are empowered and are protected," said da Silva.

Da Silva clarified that the FSCA is not a consumer watchdog, and does not resolve claims of institutions – there is an ombudsman system for that. The conduct authority learnt of the Momentum matter through media reports on Saturday, she said.

The role of the conduct authority is to consider the complaints raised with the ombudsman system – to see if there are trends in what customers are complaining about and if complaints are being resolved and potentially if the conduct of the industry as a whole should be changed through the setting of new standards, she explained.

FSCA reached out to Momentum - not to resolve the claim – but to determine what Momentum is doing to treat customers fairly.

Da Silva clarified that the conduct authority considered the issue of the claim to see what can be learnt from it in terms of treating customers fairly, in an effort to grow confidence in the financial sector, without undermining the efficiency of the sector.

She said that specifically in the insurance industry disclosures are important as it drives "good behaviour, good patterns, good underwriting and good pricing".

Based on this case, the conduct authority will engage with the industry to see how many other claims of violent crimes were rejected based on an unrelated health condition, and see how to change practices in the industry to "drive better confidence" in the sector.

As a regulator, the FSCA owns and writes all regulations which govern the industry. Changes that may be introduced following the engagement process include changes in legislation, changes in policy wording, or even better customer education and a whole range of changes to give effect to better outcomes, she said.

We live in a world where facts and fiction get blurred
In times of uncertainty you need journalism you can trust. For only R75 per month, you have access to a world of in-depth analyses, investigative journalism, top opinions and a range of features. Journalism strengthens democracy. Invest in the future today.
Subscribe to News24
Related Links
Everything consumers need to know about the new financial regulators
One step closer to transformation in fin sector
Zuma signs Twin Peaks Bill into law
Next on Fin24
Regulator raids Mirror Trading International, says it is ready to defend countersuit 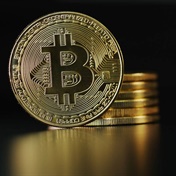