We couldn't have foreseen the success RMB would become, say co-founders on departure "There's always an element of nostalgia when this happens. But you also know it’s the right thing to do. At some stage you need to cut the ties before they want you to leave," said Rand Merchant Bank Holdings (RMH) co-founder, Laurie Dippenaar, after the news that he and Paul Harris were stepping down from the RMH board after 32 years.

They were the two remaining co-founders in the RMH board.

The departure of the two cemented an end of an era for RMH, which recently unbundled its 34.1% stake in FirstRand, ending a 22-year relationship between the two companies and leaving RMH with no investments in the financial services industry for the first time since its inception.

To bid farewell to people who founded a company that later gave birth to FirstRand, one of the biggest companies on the JSE, Monday 6 July was supposed to be a night of expensive cocktails and maybe even fireworks at RMH.

"I think the unusual thing is that it all happened in this Covid-19 climate. At the end of the board meeting, all that happened is I logged out of Zoom. No speeches, no handshakes, nothing," recalled Dippenaar.

He said for him, the most significant part about leaving the company that he and his then business partners, GT Ferreira and Pat Goss, built in 1977, was that they all left before they were asked to.

"None of us wanted to overstay our welcome. You need to leave on your own accord," he said.

What is their recipe for success?

Harris, who joined Dippenaar and Ferreira when Goss left the business, recalled how the three of them - he, Dippenaar and Ferreira - were so proud to finally be able to earn a salary from their new venture, nine months of "making some sacrifices in terms of time with family" and spending much more hours in the office that an average person did.

"The early days were very hard work. It took a long time before we even got a salary. We didn't get dividends for a very long time. It was hard. But it was also fun and stimulating. We were young guys trying to take on bigger companies and we were very obsessed," he recalled.

Dippenaar said they never thought about how big they wanted their business to be. Their preoccupation was with survival.

"Once you've ensured your survival, then what happens is you just take it step-by-step. You first want to diversify the company's income, have a broader base of income sources. So, strategically, you keep on adding activities. But we never set out to be big. We set out to be profitable," he said. Strong work ethic is everything

Harris said while things were different then, he thinks that a strong work ethic still differentiates the struggling from the successful entrepreneurs.

Given how competitive the business world is, especially now that entrepreneurs are vying for a shrinking pool of people to market their goods and services, Harris said entrepreneurs needed to be stimulated by what they did so that even if it's all that they do all day, they don't feel like they don't have a life.

"You obsess with what you do because there are many people out there and very few finish the race. Sometimes it's like crawling over broken glass but you have to get there," he said. 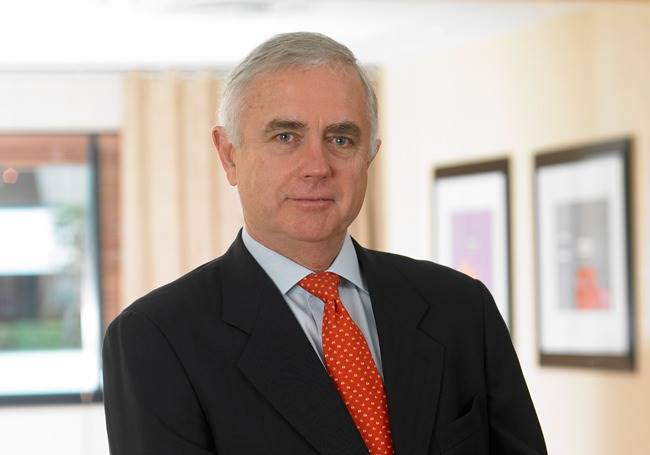 Harris and Dippenaar retired from their executive positions at RMH years ago and since then, they have been less involved in the day-to-day running of the company and only sat on the board as non-executive directors.

Dippenaar was now involved in his family's investment company, which invested in listed and unlisted shares.

"I now have a home office with five personnel and my son has joined us from Investec. I still have a very interesting life, but I don't have a hectic diary. I'm intellectually stimulated. That's the important thing because you must have a sense of purpose when you wake up in the morning," he said.

Harris said his latest venture with Patrice Motsepe and Michael Jordaan, in mobile operator Rain, was keeping him busy. He was not in an executive position there, but said it made him look forward to the next day.

"It's something totally new, outside banking and exciting. Life is still exciting," he said.

Related Links
End of an era as Harris, Dippenaar step down from RMB Holdings
New era for RMB Holdings as shareholders vote in favour of unbundling FirstRand
RMB named as financial adviser for SA's Land Bank
Share
Next on Fin24
Development Bank of Southern Africa sees profits falling on Covid-19