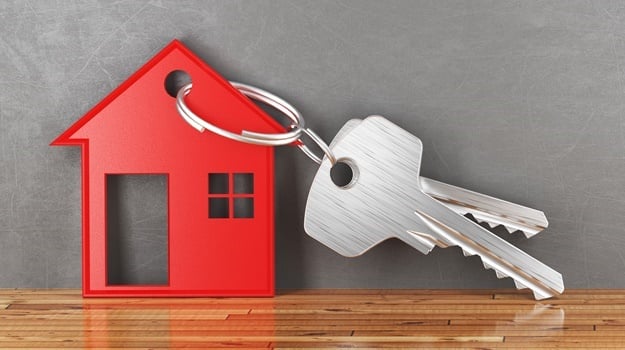 A Gauteng High Court Judge has laid down the law and cautioned attorneys and home loan providers that there will be no shortcuts in matters involving the forced sale of people's homes at auction.

Judge Denise Fisher has ruled that if the reserve price set by a judge hearing the sale-in-execution matter is not achieved at auction, the matters must be brought back to court on a proper application, with proper notice to the affected home-owner, and will not be heard through a "rote approach" in chambers as has been happening.

Judge Fisher had before her four matters brought by Changing Tides (the trustee of the SA Home Loans Guarantee Trust) which had been sent to her, in chambers, in which the reserve price had not been achieved.

All had previously been dealt with under Rule 46A, which was introduced in about 2018 amid claims of collusion and corruption, with people's homes being sold for far less than they were worth.

In one reported instance, a home was sold for a mere R10 when it had a municipal valuation of R81 000.

Rule 46A, and judicial pronouncements on it, requires a judge to set a reserve price in a matter where the property is the primary residence of the debtor.

The judge has to take into account the municipal value, amount owed on rates and levies and on the bond, and prejudice to both the homeowner and the loan provider.

Judge Fisher said this process was "relatively clear", designed to protect the home-owner while allowing for the commercial necessity of execution.

However, she said, the portion of the rule which deals with what happens if the reserve price was not achieved at auction had not been framed with the "same precision".

"If a property is sold at a price which is significantly below true market value, the homeowner is liable to lose the investment made in the property and still be indebted to the bank for more than is fair," she said.

"For most homeowners the investment is the largest and most important of their lives. The very purpose of Rule 46A is to ameliorate the devastating effects of a debtor's inability to meet the payments of a mortgage loan … and to ensure that homes are not sold in execution for prices which are not market related, as was a prevalent iniquity in the recent past."

Judge Fisher said there seemed to be a common temptation by lawyers "who may be justifiably fatigued" to do as little as possible when faced with matters where reserve prices had not been achieved.

And the four cases before her with an example of this. She said in each the original documents which guided the setting of the reserve price were not before her, there was no proper explanation from the Sheriff as to what had occurred at auction, and the attorney had simply sought orders authorising the sales with reduced reserve prices, or none at all.

None of the documents had been served on the homeowners because, she was told, they were not "applications" and it was not required.

Judge Fisher said the rule required in these circumstances that the Sheriff report back within five days of the auction.

"This suggests that the legislature intends the reconsideration of the reserve price must be done without undue delay. This stands to reason. Property values are not static.

"The report must contain information as to the highest bid obtained, the details of the people who attended the auction and any other relevant factors which may assist the court."

She said the lawyer in the four matters had submitted that it was not necessary to make another formal application in open court. This was "decidedly not the case".

She said it could also not be assumed that the reserve price was "too high" simply because it had not been achieved and that, therefore, the property should be knocked down to the lowest punter.

"What, for example, if the sale was not adequately advertised? What if the auction was held over a traditional holiday period which meant that appropriate buyers were less likely to attend the sale? There could be many reasons for the failure of the auction."

The Judge said an application for reconsideration must, at least, seek specific relief in a notice of motion and satisfy the court that it was properly advertised, contain all relevant documents, explain any failure to hold the sale within six months of the foreclosure order, and place before the court any additional, reliable evidence of the true value.

Why homeowners must be properly served

She said homeowner had to be properly served with court papers. Legal practitioners often claim that the fact that the Sheriff served on a tenant, is proof that the owner does not live there.

"This does not necessarily follow," she said. "The South African rental market is such that it is not unusual for homeowners to rent out rooms or out-houses while still occupying the property.

"A further approach is to submit that the spouse was served … This fails to take into account the prevalence of divorce or spouses living apart."

She ruled that the cases before her "did not constitute applications", were irregular, and she made no orders.