Airbnb has said it will stop renting out homes in Jewish settlements of the West Bank, a move that drew sharp rebukes from Israeli officials on Monday.

The San Francisco-based company said it would remove about 200 home and room rentals in the disputed region. Airbnb said that although US law allows for it to continue operating there, it made the controversial decision after consulting with outside policy experts.

"Many in the global community have stated that companies should not do business here because they believe companies should not profit on lands where people have been displaced,"Airbnb wrote in a blog post. "We know that people will disagree with the decision and we appreciate their perspective."

Erdan said he planned to discuss Airbnb’s decision with "senior American officials" to see if the move violated US anti-Israel boycott laws. Tourism Minister Yariv Levin called the move a "surrender to a boycott" and said he would seek to have an additional tax imposed on Airbnb’s activities in Israel.

Nick Papas, a spokesperson for Airbnb, declined to comment on the officials’ statements. Papas said the Israeli settlement listings would be removed from Airbnb’s website in the coming days.

For years, critics have accused Airbnb of benefiting from rentals in Jewish outposts at the centre of conflict in the region.

Palestinian leaders have long sought statehood and fought for the removal of Israeli settlements in the West Bank.

We live in a world where facts and fiction get blurred
In times of uncertainty you need journalism you can trust. For only R75 per month, you have access to a world of in-depth analyses, investigative journalism, top opinions and a range of features. Journalism strengthens democracy. Invest in the future today.
Subscribe to News24
Related Links
Airbnb ends forced arbitration for discrimination and harassment
Airbnb, short-term rentals must be monitored - expert
Airbnb sues New York City to block user-data bill
Next on Fin24
WATCH | How does Facebook's new Oversight Board work? 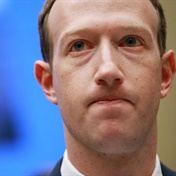