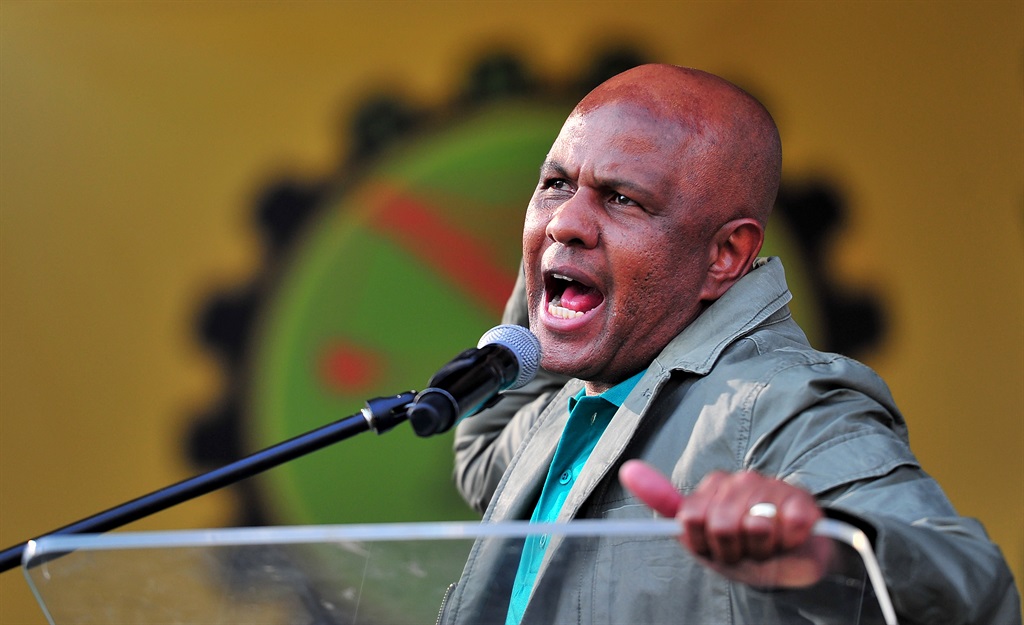 The recent five-year wage agreement with mineworkers at Impala Platinum operations  will set the workers on the path to economic mobility, according to Joseph Mathunjwa, the leader of the Association of Mineworkers and Construction Union (AMCU) which negotiated the deal.

The deal was reached between the union and Impala Platinum subsidiaries, Impala Rustenburg and Marula, where AMCU is a majority labour organisation. It will see the wages of mineworkers increase by around 6.5% over five year period.

The agreement between is the latest to be inked by the union without embarking on a strike. Similar five-year agreements have been inked at Anglo American Platinum and Siyanda Bakgatla Platinum Mine in Limpopo, with Mathunjwa hailing maturing relationships between the union and some mining firms.

Inked within five negotiation meetings held between April and May, the Implats agreement is effective from 1 July 2022 and includes increases in basic salaries, living out and home-ownership allowances, medical aid, and pension fund contributions.

Mathunjwa, whose union rose to prominence during the 2012 Marikana strike, where mineworkers employed at Lonmin were demanding a minimum wage of R12 500, said the era of offering mineworkers CPI-linked wages was over, as it prejudiced the low-paid groups who are coming off very low scales.

"Wages negotiations can be brutal, it is not an easy process and each company is different from the next and collective bargaining is no longer effective," he said.

"With this agreement, we can now see the light. The workers are now on their way to achieving social mobility."

According to Implats, the agreement is in line with the current mining inflation of around 6.5% and considers the sustained inflationary pressures faced by employees.

Mathunjwa reflected on the bruising three months strike at Sibanye-Stillwater gold operations, which saw the union butting heads with the company's management over pay increases with pleas for President Cyril Ramaphosa to intervene in the impasse.

"We must thank [Sibanye CEO] Neal Froneman for that three-month strike. He made our work very easy, " he quipped adding that Impala knew exactly what awaited them had an agreement not been reached.

"We achieved a five-year agreement which means there will be no semi- skilled entry-level worker who will earn less than R21 000, after the five-year period. This is a milestone."

At Anglo American Platinum, AMCU reached an wage agreement in May within a space of four meetings, a track record that Mathunjwa attributed to maturing relations between the union and mining bosses, although the relationship does not expand across the sector.

"At Sibanye, we exposed Neal Froneman's arrogance and hatred for the workers. He has the kind of arrogance that no one can explain" he said of the mining group's CEO who has enjoyed a bitter relationship with the union.

The plain-spoken CEO has over the years become AMCU's and Mathunjwa's worst nemesis, with the company under his leadership gaining a reputation for adopting a tough stance when it comes to workers' demands.

On March 10, AMCU-affiliated workers together with their counterparts at the National Union of Mineworkers downed tools after they struggled to reach an agreement with Sibanye. Following a process overseen by the Commission for Conciliation, Mediation and Arbitration (CCMA) the parties in early June, the parties settled.

A three-year agreement involving a 5% pay increase in the first and third years of the deal was reached for miners and artisans, and the rate goes up by 5.5% in the second year.

The compromise offer was against the workers' demand of 6% for each year.

Mathunjwa, who has led the militant union since 2011 strongly believes that the union has earned respect in the mining sector.

"The employers I have mentioned initially had negative perceptions about AMCU, but as time went on they realised our objectives....that we are people-centred.

"Every effort that we do is for the benefit of employers, and we have earned respect for that."

Speaking at the signing of the wage negotiations which comes into effect on 1 July, Implats CEO, Nico Muller remarked that the negotiation process was a "fair and constructive engagement".

"Events like this do not start at the negotiation table, they involve the building of trust and relationships with unions and I believe we have achieved that," said Muller.

Muller made no bones about his initial thoughts about AMCU and Mathunjwa when he joined Implats in 2017.

"When I came to Implats in 2017, I was very fearful of Joseph. I thought he was irrational, hostile, and aggressive," he said adding his sentiments have since changed based on the relationship built over the years.

Implats says the agreement "removes substantial uncertainty" for employees and allows a singular focus on the pursuit of safe and sustainable production.

We live in a world where facts and fiction get blurred
In times of uncertainty you need journalism you can trust. For 14 free days, you can have access to a world of in-depth analyses, investigative journalism, top opinions and a range of features. Journalism strengthens democracy. Invest in the future today. Thereafter you will be billed R75 per month. You can cancel anytime and if you cancel within 14 days you won't be billed.
Subscribe to News24
Next on Business
No fee for McKinsey as it withdraws from B4SA after state capture charge