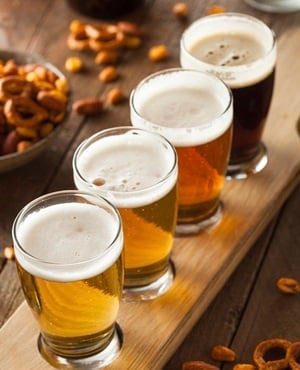 “We can confirm that a VSO (voluntary severance offer) programme for certain management-level employees based in South Africa has been embarked upon,” Robyn Chalmers, head of media and communications at SAB, told Fin24 on Monday.

Chalmers dispelled media reports that over 1 000 managerial roles would be affected.

“It is important to note that no employee will be forcibly retrenched as a result of the merger,” she said. “It is too early in the process to say how many people may opt for the voluntary offer.

“It is thus incorrect to say that 1 000 managerial roles will be reduced, as has previously been reported,” she said.

Chalmers said the voluntary severance offer programme arrangements are in keeping with the conditions AB InBev agreed to with the South African Competition Tribunal.

These include that there will be no forced retrenchments in perpetuity in relation to the merger with SABMiller; employment numbers must be maintained for five years; and there may be no voluntary separation arrangements for employees at the bargaining unit level during the five year period.

The severance programme, which is entirely voluntary, has been made available only to certain employees at management level and above, and not to those who are at bargaining unit level, Chalmers said.

“Africa, including South Africa, will play a big role in the future of the combined company,” said Chalmers. “We are introducing some changes to processes, ways of working and the structure of the business and roles.

“We understand that during this period of change some employees may wish to voluntarily exit our business, which is why we have introduced a VSO (voluntary severance offer).” See all newsletters
Voting Booth
Do you think it was a good idea for the government to approach the IMF for a $4.3 billion loan to fight Covid-19?
Please select an option Oops! Something went wrong, please try again later.
Yes. We need the money.
11% - 1382 votes
It depends on how the funds are used.
73% - 8952 votes
No. We should have gotten the loan elsewhere.
16% - 1979 votes
Previous Results
Covid-19 Money Hub
Covid-19 Money Hub - answering your business and money questions during the crisis