Minister of Public Enterprises Pravin Gordhan on Thursday evening announced the resignation of Transnet chairperson Linda Mabaso, as well as that of non-executive directors Vusi Nkonyane and Yasmin Forbes.

He added: "Under the authority of the current board, Transnet, which has the duty to provide and maintain key transport and logistics infrastructure in order to promote the competitiveness of the South African economy, became embroiled in serious allegations of flagrant corruption and state capture.

"These allegations will be thoroughly investigated."

The second shareholder’s meeting with the Transnet board of directors, convened for Friday, will proceed as planned. New appointments to the board will be announced soon, Gordhan said.

* Sign up to Fin24's top news in your inbox: SUBSCRIBE TO FIN24 NEWSLETTER
We live in a world where facts and fiction get blurred
In times of uncertainty you need journalism you can trust. For only R75 per month, you have access to a world of in-depth analyses, investigative journalism, top opinions and a range of features. Journalism strengthens democracy. Invest in the future today.
Subscribe to News24
Related Links
Gordhan: Gupta-linked Pita's resignation from Transnet 'does not absolve him'
Transnet CFO Garry Pita resigns
Transnet fights court battle in three countries
Next on Fin24
Aviation body kicks off major security operations for transporting Covid-19 vaccine 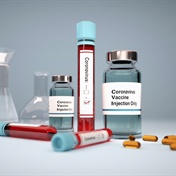