Nampak CEO Erik Smuts says he regrets the packaging company's foray into the Africa market, as it continues to deal with the impact of a challenging macroeconomic environment in Angola and Nigeria.

The Johannesburg headquartered packaging company, which was established 57 years ago, expanded into the wider African market in 2002 after it acquired US packaging company Crown Cork's operations in some of the continent's countries. It further expanded its footprint with its first greenfield operation in Nigeria in 2017, with a folding carton plant.

Today, Nampak operates across 11 countries on the continent, including South Africa - producing metal, plastic and paper packaging. It also counts Angola as one of its territories, where it has metal beverage cans operations.

However, in the past five years, the packaging maker has been grappling with macroeconomic volatility in its Africa operations and a share price that has declined by more than 95%.

On Wednesday, in a pre-closed period investor call, Smuts responded to a question about whether he regretted the company's expansion into the rest of Africa, with a frank, "Yes, I do".

"It did not work out the way we thought it would [but] that does not mean [the expansions] were bad decisions at the time. But I think with the benefit of hindsight, today we might have taken different decisions," said Smuts.

He cited Angola and Nigeria as an example, saying that both countries were good projects and investments from an operational and project execution point of view. But the reliance of their economies on the oil price, as well as the devaluation of the Angola's kwanza made it challenging.

He said Nigeria was still very profitable but Nampak was keeping an eye on Angola to ensure that it did not incur big losses in the country.

"The potential is certainly still there for Nigeria but we have to look at the overall portfolio, the amount of risks that both these investments carry with them and look at them and say, "Has it been successful?". Where we stand right now, I think it's fair to say it has not been," he said.

Smuts became CEO of the packaging company in January, replacing André de Ruyter who is now at the helm of state-owned power producer Eskom. Smuts is no stranger to Nampak's business, having been there for over a decade.

He told investors that the company will be more cautious and will not be expanding further into Africa until the market grows or the risk subsides and profits grow.

"When you have a complete collapse of the economy or the oil price, [which] these economies heavily rely on, it will have consequences. And unfortunately, it will show in the results and given the high percentage of Nampak's portfolio that was invested in these oil dependent territories, I think it is fair to say we were over-invested in those markets, especially given their reliance on a single commodity," said Smuts.

Nampak released a trading update for the 11 months to 31 August, earlier on Wednesday, saying that the period was characterised by a weak economy and consumers' disposable incomes being under pressure. These challenges were exacerbated by lockdowns and other measures instituted by governments to curb the spread of Covid-19, like South Africa's ban on the sale of alcohol.

However, Nampak said it had made significant strides in reducing its US-dollar debt, developing new growth opportunities and defending its market share. The company has also renewed two big supply contracts for the supply of beverage cans to multi-national customers, for the next three years, it also has also secured export contracts.

The packaging manufacturer said the contracts will boost the continent's beverage can production and will contribute towards closing the gap of the impact caused by the pandemic.

We live in a world where facts and fiction get blurred
In times of uncertainty you need journalism you can trust. For only R75 per month, you have access to a world of in-depth analyses, investigative journalism, top opinions and a range of features. Journalism strengthens democracy. Invest in the future today.
Subscribe to News24
Related Links
Nampak concludes sale of glass business
Lockdown | Alcohol restrictions will impact canned beverages too, warns Nampak
New Nampak CEO to start on Monday, as De Ruyter leaves to head up Eskom
Next on Fin24
Transnet needed Gama to stabilise key unit, inquiry hears 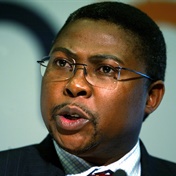