DPE will 'request' lenders to bail out SAA 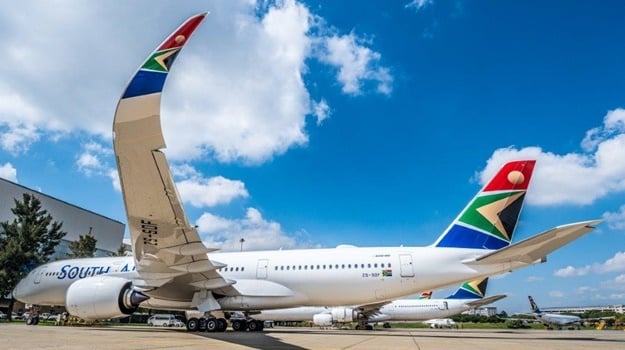 It seems that the Department of Public Enterprises is pinning its last hope of saving South African Airways (SAA) on lenders being willing to foot the bill and provide R10.5 billion - or a part thereof - to start implementing the business rescue plan and restructure the airline.

In a statement on Friday, the DPE said SAA will not be liquidated and that the restructuring process will be "closer to finalisation in the next few weeks". It says lending institutions will be "requested" to finance the restructuring process and pay for the voluntary severance packages of employees. It does not stipulate whether private or public lending institutions will be approached or whether it might merely be a request for a type of short-term funding.

The DPE statement says government will "reprioritise funds" to restructure SAA and that the department continues to assess 20 unsolicited expressions of interest from the private sector funders, private equity investors and partners for a future restructured SAA. This is in line with what the DPE has been saying for months now. However, nothing concrete has as yet come to the fore.

The DPE said an announcement to this effect would be made on the Adjustments Appropriation Bill, to be introduced in Parliament soon.

Earlier on Friday the business rescue practitioners of SAA decided to give government another week to come up with the funding needed to implement the rescue plan and restructure the airline.

This came after government reconfirmed to the practitioners on Friday morning that Treasury supported the commitment to obtain R10.5 billion to SAA within timelines yet to be finalised. The rescue practitioners would, therefore, still have to engage with government to find out what timelines are proposed and how the funds will flow to SAA.

The business rescue practitioners said during a creditors' meeting on Friday morning that they were ready to propose to creditors that the state-owned airline be wound down or liquidated in terms of the Companies Act.

Creditors were told that to date no funding for the implementation of the rescue plan and restructure of the airline - already adopted a few months ago - had as yet been received from government. Last week government indicated it would pay over the money by 16 September, but this did not happen.

The existing funding has now been exhausted as well as all the ways the rescue practitioners have tried to prolong the rescue process.

The practitioners indicated during the meeting that, should the only two options that end up remaining indeed become a winding down or a liquidation, they would need time to do the necessary analysis to determine which of the two options will be better for the affected parties, including in terms of risks.

Creditors were told that numerous interactions between the rescue practitioners and government have made it clear that government remains committed to providing the funding to implement the plan and restructure the airline and is looking at various mechanisms to provide such funding.

No date was given for what "next week" meant, and the practitioners undertook to inform the creditors once they have more clarity.

"We hope this is not just another empty promise," says Phakamile Hlubi-Majola, spokesperson of the National Union of Metalworkers of South Africa (NUMSA).

Hlubi-Majola says this legal challenge still remains and put pressure on government to commit to finding the money to save SAA.

"We cannot celebrate until we actually see the money. We have heard many promises and many times they failed to live up to their promises," she said.

On Friday SACCA and NUMSA members picketed at SAA offices in Johannesburg and Cape Town to demonstrate their disappointment and anger at both the DPE and National Treasury. A memorandum was handed over to a representative of the DPE during the protest action.

We live in a world where facts and fiction get blurred
In times of uncertainty you need journalism you can trust. For 14 free days, you can have access to a world of in-depth analyses, investigative journalism, top opinions and a range of features. Journalism strengthens democracy. Invest in the future today. Thereafter you will be billed R75 per month. You can cancel anytime and if you cancel within 14 days you won't be billed.
Subscribe to News24
Related Links
EXCLUSIVE | Over 3000 of SAA's nearly 5 000 employees approved for voluntary severance packages
EXCLUSIVE | Report calls for action against ex-Mango CEO Bezuidenhout after nepotism allegations
Some SA Express employees pinning their hopes on equity crowdfunding model
Next on Fin24
Comair suspends its kulula.com, British Airways flights