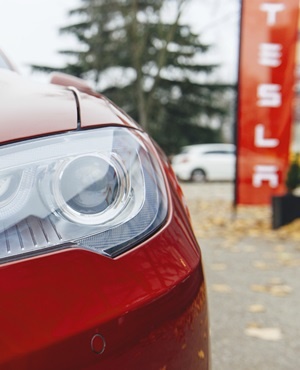 New York - Tesla said on Friday it was recalling all 90 000 of its Model S luxury electric cars sold worldwide since 2012 after discovering a security problem with seatbelts.

The front seatbelts failed to correctly fasten, but no accidents or injuries had been reported as a result, Tesla said, in a blow to its stellar reputation.

In an email to customers, Tesla said it was ordering the recall as a "proactive" step after learning of a Model S in Europe with a front seatbelt "that was not properly connected to the outboard lap pretensioner." See all newsletters
Voting Booth
Do you think it was a good idea for the government to approach the IMF for a $4.3 billion loan to fight Covid-19?
Please select an option Oops! Something went wrong, please try again later.
Yes. We need the money.
11% - 1375 votes
It depends on how the funds are used.
73% - 8901 votes
No. We should have gotten the loan elsewhere.
16% - 1971 votes
Previous Results
Covid-19 Money Hub
Covid-19 Money Hub - answering your business and money questions during the crisis