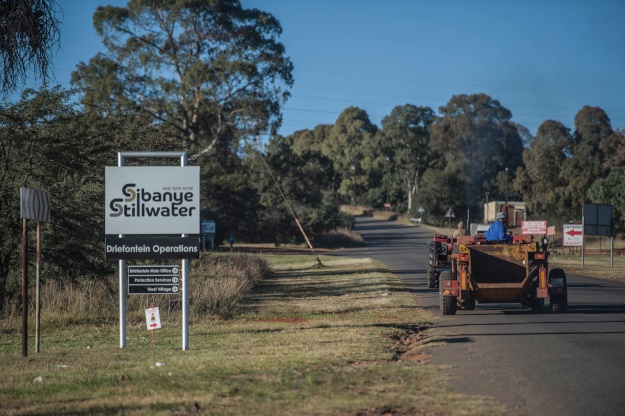 Workers drive past a sign of the Sibanye-Stillwater Driefontein gold mine near Carletonville, near Johannesburg, on May 5, 2018.
AFP

Sibanye-Stillwater earnings soared to record heights in the 2020 financial year on the back of a commodity price boom, with R6.8 billion set to be ploughed into investments for local operations.

The company's South African operations are set to gain the most from the financial boost, with a R6.8 billion investment in "high-return" platinum group metals (PGM) and gold projects already approved.

The investment is expected to create approximately 7 000 jobs and deliver operational sustainability for the group which has operations in the US and South Africa and a platinum joint venture it operates in Zimbabwe with Implats.

On 16 February, the board approved the development of the K4 and Klipfontein projects and the resumption of capital development and equipping at the Burnstone gold project in Mpumalanga province.

The company described the K4 project as a tier-one, low-cost, brownfields PGM expansion project at the Marikana operations. They said it was significantly advanced by Lonmin and got suspended due to capital constraints. Sibanye acquired Lonmin in 2019, in a deal that significant boosted in position as a dominant platinum miner.

The Klipfontein project, which is a small open cast PGM opportunity, will be developed in terms of the existing pool and a share agreement with Anglo American Platinum at the Kroondal operations.

Able to deal with challenges

Sibanye CEO Neal Froneman noted the recovery of the commodity and mining sectors from the initial demand shock experienced in the first quarter, as global economic recovery has been more rapid than initially expected, with murmurings of another commodities "super-cycle".

"Sibanye-Stillwater has again demonstrated its ability to deal with volatility and significant challenges," said Froneman.

He added the the group was positioned for an even stronger financial performance for 2021, given the tailwind of strong commodities and increased production for 2021.

"The operational performance was pleasing, with the South African operations recovering strongly from the Covid-19 lockdown in Q2 2020, reaching normalised production levels by November 2020," the company said.

The local PGM operations exceeded the upper limit of revised annual guidance of between 1,350,000 ounces and 1,450,000 ounces by 9%, with the company noting the impact of the inclusion of the Marikana operations from 2019.