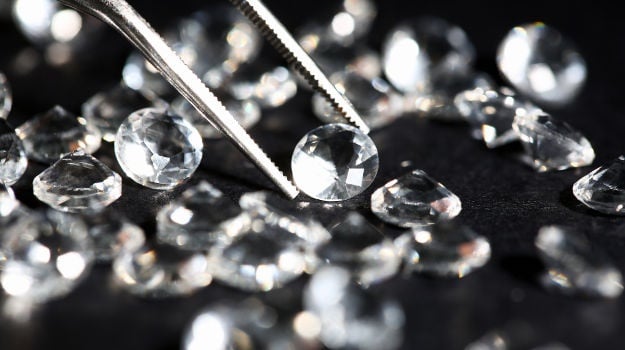 De Beers is considering ways to restructure mines, expand in jewelry and overhaul diamond sales, as the world’s biggest and oldest producer rethinks its entire business in an industry left paralysed by the pandemic.

The company founded by British imperialist Cecil Rhodes in the late 1800s was under pressure even before the coronavirus to reform. While De Beers boasts one of the world's most powerful luxury brands, it remains tied to traditions that in some cases have barely changed for decades. Chief Executive Officer Bruce Cleaver began a modernisation process after taking over in 2016, and those efforts will be expanded and accelerated.

With the entire industry brought to a halt by the pandemic, De Beers sold just $56 million of rough diamonds in the second quarter, down about 96% from a year earlier. RBC Capital Markets expects the company to post a $100 million loss in the first half of the year.

In a letter to staff last week, Cleaver outlined a list of ways the company, owned by Anglo American Plc, can narrow the gap between its revenue and costs. These range from selling rough stones "more quickly and in a more integrated way," to rethinking how it recovers diamonds, according to a copy of the letter seen by Bloomberg News. Diamond demand is likely to fall in the near term, he said.

"Covid-19 has compounded and exacerbated difficulties that already existed in the diamond world," Cleaver said. "These difficulties, which have inhibited our growth over the past several years, have become even more urgent to address. They require us to act now to protect the short-term health of the business while refocusing and reorienting it to realize our long-term potential."

The details of the changes are still being worked out, Cleaver said. However, the process is likely to involve job cuts, according to people familiar with the matter who asked not to be identified discussing private information.

One longstanding tradition is the way the company sells its diamonds. De Beers holds what it calls "sights", during which its 80-odd accredited customers fly to Botswana for about a week, where they inspect and purchase stones. The company sets the prices and its customers, known as sightholders, are not able to negotiate, a policy that has frustrated many of its customers in recent years.

Overall, it's become clear the company needs to accelerate changes to the way it operates, Cleaver said.

"We are now working through a process to start to shape an organisation that is better equipped and empowered to deliver this change," he said. "It won’t be easy for any of us. We will, very likely, come out of this a more focused and more connected business."

We live in a world where facts and fiction get blurred
In times of uncertainty you need journalism you can trust. For only R75 per month, you have access to a world of in-depth analyses, investigative journalism, top opinions and a range of features. Journalism strengthens democracy. Invest in the future today.
Subscribe to News24
Related Links
De Beers and Alrosa | The masters of the diamond world are losing control
De Beers expects a rebound in diamond market as economies reopen
FIN24 SPEAKS | Anglo American execs on how Covid-19 will affect SA's mining industry
Next on Fin24
Surge in commodity prices drives Sibanye Q3 earnings through the roof