JSE-listed Gemstone producer Gemfields [JSE: GML] announced on Friday that it intends to list on the AIM market of the London Stock Exchange.

The miner, which was incorporated in Guernsey and is headquartered in London, has its primary listing on the JSE, and it has a secondary listing on the Bermuda stock exchange. The AIM is a market for smaller, growing companies.

The company does not intend to raise capital for its admission onto the LSE. In an update to shareholders it said it expects the admission to become effective on February 14.

"We are pleased to announce our decision to bring the Gemfields assets back to the London market, thereby providing UK, European and International investors with the opportunity of being part of the growing precious coloured gemstones market," Sean Gilbertson, CEO of Gemfields said of the listing.

"The AIM listing will provide Gemfields with access to much greater market liquidity, as well as a widening of the current investor base. We are looking forward to this next phase in the company's development and to delivering value for all our shareholders," he added.

The group includes the Kagem emerald mine in Zambia, which is estimated to provide more than a fifth of the world's emeralds. Kagem produced the 'Inkalamu' or Lion Emerald, a 5 655-carat gem and was sold in November 2018. Its Montepuez ruby mine in Mozambique is estimated to provide about half of the world's rubies, using shallow, open-pit mining. Gemfields has a 75% controlling interest in both mines.

We live in a world where facts and fiction get blurred
In times of uncertainty you need journalism you can trust. For only R75 per month, you have access to a world of in-depth analyses, investigative journalism, top opinions and a range of features. Journalism strengthens democracy. Invest in the future today.
Subscribe to News24
Related Links
WATCH: South African sisters cut a niche in the diamond industry
Load shedding: Petra Diamond mines stop operations to reduce electricity demand
Alexkor's reliance on diamond sales could seal its fate, auditor warns
Next on Fin24
Do current emission criteria for mining companies require more formulation? 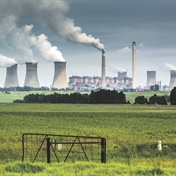