RioZim, one of Zimbabwe’s top gold miners, has halted operations at its mines, citing viability challenges caused by the country’s foreign currency policies.

In a cautionary statement to shareholders released on Tuesday, the listed gold miner said Zimbabwe’s foreign currency policies, where it is forced to surrender 30% of its forex earnings at a pegged exchange rate, as well as delays in getting paid, had resulted in inability to meet operating expenditure.

Gold miners in Zimbabwe are required to surrender 30% of their foreign currency earnings to the RBZ at a fixed exchange rate of 25 for every US dollar earning.

The company, however, believes this requirement effectively means it is getting less than 80% for its gold sales compared to the international market price.

It said after surrendering foreign currency to the central bank, it is left with little to meet operating expenses including imported fuel and electricity.

RioZim, which operates three gold mines, said while it was being asked to sell 30% of its foreign currency at a pegged rate of 25, suppliers are pricing goods at an exchange rate of 80 to the US dollar.

"The impact of this situation on the Company’s operations has been that the Company is no longer able to meet its operational expenditure requirements considering that the company is required to pay for electricity and fuel in USD along with almost all of its consumables and spares also being denominated in USD," reads part of the cautionary statement.

"The company has therefore been forced to stop production of bullion due to its inability to buy essential consumables and spares and is actively considering placing all its gold mines under care and maintenance until a viable solution is found."

The latest mine closure is the third in less than three years over similar issues.

The central bank has repeatedly refused to meet miners' demand to retain 100% of foreign earnings. It has also chosen not to operate a market-driven foreign currency trading system, opting instead for a pegged exchange rate. 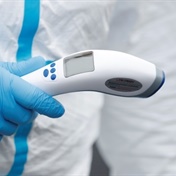