Naspers CEO Bob Van Dijk hits a gong at the start of trade for Prosus shares on the Amsterdam Stock Exchange. (Supplied)

The group makes no bones about its aim to transition to a 100% consumer internet company.

One of the group's significant strategic initiatives during the interim period was the listing in September this year of its international internet assets outside of South Africa on Euronext Amsterdam as Prosus N.V. The latter has a secondary listing on the JSE and is 73.84% owned by Naspers, with a free float of 26.16%.

"For the six months ended 30 September, we delivered solid results and good progress in our core segments, which are growing fast and scaling well," said Van Dijk.

At the end of the interim period under review, the Prosus listing had already unlocked around US$10bn of value for shareholders by reducing the discount to the combined net asset value of Prosus and Naspers.

Another significant milestone during the interim period was the unbundling and listing on the JSE of Naspers' video entertainment business MultiChoice Group earlier this year. This unlocked over US$4bn of value for shareholders, according to Naspers.

Over the interim period Tencent delivered a strong performance in areas such as payments. Its ecosystem continues to expand and drives strong user engagement. In the view of Naspers, Tencent is well positioned to continue to offer a number of new products and services for its users.

In ecommerce all key segments made good progress against financial and strategic objectives in the period, and Naspers believes each segment will continue to benefit from sectoral growth trends.

Basil Sgourdos, group chief financial officer, said the classifieds and payments & fintech segments reached profitability at their core and continue to grow strongly. The group continues to invest in this segment to drive future growth.

In October, after the end of the interim period, Prosus announced the terms of a cash offer to acquire Just Eat. Under the terms of the offer, Just Eat shareholders will be entitled to receive 710 pence in cash for each Just Eat share. The closing date of the offer is December 11, 2019, unless extended by Prosus.

"We end the period with a strong net cash position of US$5.9bn, which positions us well to pursue further growth," Sgourdos concluded.

Overall ecommerce revenues increased 27% to US$2.1bn; core classifieds and payments and fintech segments were profitable; and the food delivery segment grew orders 110% and revenues by 69%.

Over the interim period Naspers invested in the payments and fintech space, namely US$66m in Wibmo in India and US$45m in Red Dot Payments in Asia. It invested US$56m cash and equity with Carousell in South-east Asia in the classifieds space.

Furthermore, Naspers continued to back future growth prospects with Ventures investments in Meesho (US$80m) and Brainly (US$25m). It also realised a gain of US$599m, following the exchange of its 42.53% interest in MakeMyTrip for a 5.6% effective interest in Ctrip.

"In South Africa, the appointment of Phuthi Mahanyele-Dabengwa as CEO underlines the group’s continued commitment. Our Naspers Labs and Naspers Foundry aim to tackle youth unemployment and support the development of the local entrepreneurial ecosystem," said Bekker. 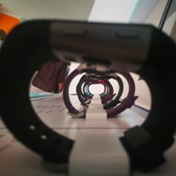 See all newsletters
Voting Booth
How has Covid-19 impacted your financial position?
Please select an option Oops! Something went wrong, please try again later.
I'm not really directly affected
18% - 1922 votes
I am taking a hit, but should be able to recover in the next year
23% - 2527 votes
My finances have been devastated
34% - 3764 votes
It's still too early to know what the full effect will be
25% - 2699 votes
Previous Results
Covid-19 Money Hub
Covid-19 Money Hub - answering your business and money questions during the crisis