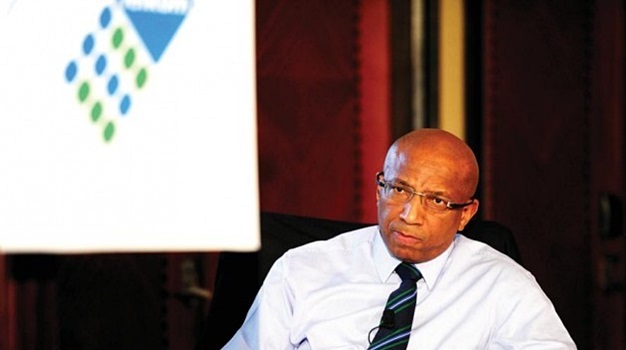 Maseko, a former Vodacom executive who has been with the company since April 2018, is set to exit the company in June 2022.

In its annual report for the year to end March 2021, Telkom indicated that it had paid him an annual R10 million retention fee, and "the balance of R10 million will be payable this financial year" – which ends in March 2022.

The firm added that Maseko may be required to work out his notice, "be placed on garden leave or, if not required to work, full notice may be paid in lieu of notice period on duty."

The report showed that Maseko had been paid R35.4 million in the 2021 financial year, including a range of benefits and short-term incentives, as well as the retainer fee.

Telkom said leadership stability and retention of critical specialist skills were a critical component if the company were to successfully navigate the uncertain macro environment and deliver on its sustainability and growth ambitions.

According to the report, the board has already completed the succession plan for Maseko's position, as well as other key positions.

The remuneration committee had completed [a] detailed succession planning for senior executive management, including for the group chief executive," it said.

Maseko has been credited with turning around the company, which was the state-owned fixed line operator, into a contender in mobile communications.

Maseko's time at Telkom was largely spent ringing in changes and positioning the company for a data-driven future. His arrival – at a time when competition for dominance among local operators was at its peak – marked a significant shift for the operator, which had long held a monopoly in the fixed-line area, but continually punched below its weight.

Maseko's leadership saw Telkom significantly improving its position as a mobile operator. It grew mobile service revenue by over 40% in 2020 to over R12 billion for the nine months to end December, with some 15 million subscribers.

The company today has a market capitalisation of R22 billion, a considerable jump from R6.4 billion five years ago.

We live in a world where facts and fiction get blurred
In times of uncertainty you need journalism you can trust. For 14 free days, you can have access to a world of in-depth analyses, investigative journalism, top opinions and a range of features. Journalism strengthens democracy. Invest in the future today. Thereafter you will be billed R75 per month. You can cancel anytime and if you cancel within 14 days you won't be billed.
Subscribe to News24
Next on Business
Prosus' R85 billion deal to buy India's BillDesk falls through