Panic over another property scheme

Investors were informed that they would in future receive only 6.5% a year in income after some of the syndications had previously paid out 10% and even 12.5%. The smaller incomes have already been paid to investors this month.

This means that the earnings of many investors – for whom the payments from the syndications were their only source of income – have been reduced by 40% to 50%.

This has caused serious concern as to whether the investors’ money is still safe.

About R4.5bn is currently invested in the syndications administered by PICvest.

On the surface it would appear that investors’ capital is not in immediate danger, because the drastic reduction in investors' income is the effect of dramatic changes in the structure of the property syndications.

What will ultimately happen to their money will depend entirely on events on the property market. Everyone will also wait longer to get their money back.

Investors whose money should have been repaid now must wait another five years.

Instead of the current eight different syndications, all will be combined in one entity with everyone owning shares in a portfolio that will theoretically be worth about R5bn.

As to the reasons for the change, various messages came out yesterday, but one of the reasons was to prevent the scheme also finding itself in the sights of the South African Reserve Bank.

PICvest’s syndications operate unlike other property syndications, as they are managed in a partnership with a single property developer and manager, Nic Georgiou’s Zephan Properties.

PICvest buys all the property for its syndications from Georgiou. Other than in the case of other syndications, it is not only a single property that is syndicated, but a portfolio of properties.

The most recent syndication comprises 13 properties that cost about R1.3bn.

PICvest then concluded a headline lease agreement with Georgiou, in terms of which Georgiou would lease back a property portfolio such as that from the property syndication for an agreed amount.

The property would then be re-leased for Georgiou’s own account. The purchase agreement also provides for the Georgiou group to repurchase the properties for an agreed figure after almost five years.

These agreements made it possible for PICvest to guarantee income and capital.

But the agreements have now been cancelled, and another one of Georgiou's companies, known as Ortotouch Limited, has offered to buy all the properties in all the syndications at the syndicated value.

It has also added to the portfolio another R500m in unsecured property.

All the investors in all the syndications are now shareholders in the single property company, and PICvest says Georgiou has furnished enough guarantees to protect investors' capital.

These transactions still have to be approved by the investors, the Securities Regulation Panel and the Competition Commission. The new company will pay investors only the actual rental income from the portfolio.

And the promised 6% that will now be paid is based on the portfolio’s projected income.

Myburgh has however warned that the payments are based on estimates of rental income.

Should the rental income not justify it, the distribution could be smaller.

But it could be higher if rental income exceeds expectations.

For business news in Afrikaans, go to Sake24.com. 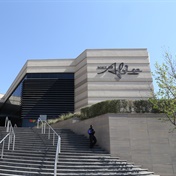