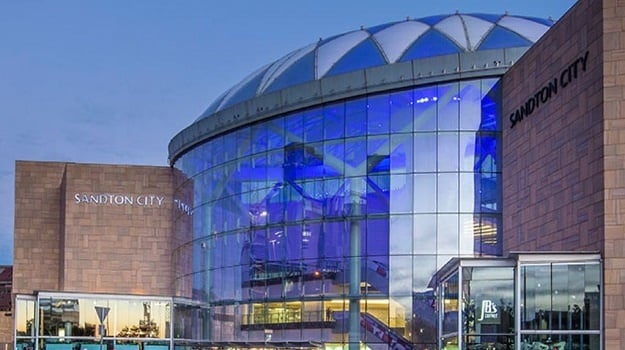 This March, Sandton City recorded the highest turnover than in any other March in the preceding five years. Photo: Liberty Two Degrees

Shoppers are back at Sandton City and are buying big. The mall, which is one of Africa's most sought-after shopping destinations for luxury brand lovers, had its best March in five years.

Sandton City owner, Liberty Two Degrees (L2D) said in a trading update on Friday that the mall, which had life completely sapped out of it in the early days of the lockdown, has had a remarkable recovery. In March 2021, Sandton City's turnover – money that shoppers spent in March – jumped 41% compared to March 2020. It was also 2.6% higher than March 2019, before the pandemic.

"The easing of restrictions in February 2021 contributed to the strong recovery in March 2021," wrote L2D in the update.

But the mall's turnover for the first quarter of 2021 was still down 2.1% compared to the first three months of 2020, as South Africa had moved backs to Adjusted Lockdown Level 3 until the end of February.

In the past, L2D told Fin24 that well-heeled shoppers, including those who would ordinarily go on overseas shopping trips, went to Sandton City to get their luxury goods fix last year because of travel restrictions. Sometimes, the mall was recording more customer visits on weekends than it did before the lockdown.

"Luxury brands, which are a unique differentiator for our portfolio, continued to play a significant role," read Friday's update.

L2D added that luxury brands contributed 8% towards the group's total turnover even though stores selling these items only take up 1% of floor space combined in its malls. As a result, the year-on-year turnover growth for luxury brands stood at 109%.

But Sandton City was not the only mall to show remarkable recovery. L2D also owns the Nelson Mandela Square, Melrose Arch, Midlands Mall and the Liberty Promenade in Cape Town.

The company said all of them recorded positive turnover growth in March 2021 compared to the same month in 2020 when the hard lockdown began few days before the end of the month.

Nelson Mandela Square's turnover jumped 30% between February and March, giving a glimmer of hope for the centre, which has had the harshest turnover decline because of its exposure to restaurants.