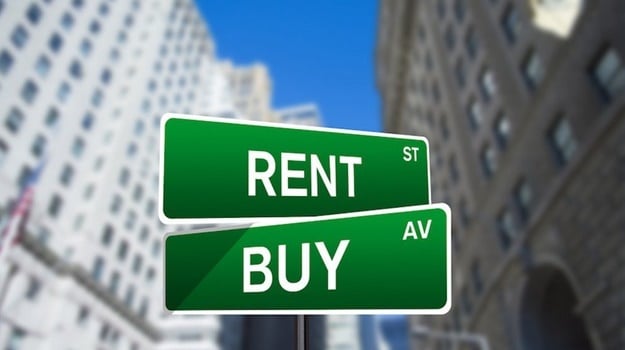 Decreased demand for rented accommodation during 2020 pushed up vacancy levels.

The latest FNB Property Barometer shows that activity is driven by lower interest rates, attractive market pricing, lower transfer duties and the changing housing needs due to the pandemic.

According to FNB, the improved affordability, due to lower interest rates, made buying property more attractive than renting. On Thursday the SA Reserve Bank announced it is keeping the repo rate at 3.5%.

"In part, this explains the rising vacancy rates and subdued rental escalations, as landlords struggle to hold on to their good quality tenants," states the latest report.

"Another explanation is that job losses were more prevalent in low-paying occupations and for those employed on a non-permanent basis, who would generally not afford to buy property. Thus, the impact of the pandemic is more visible in the rental market than on home-buying market."

Decreased demand for rented accommodation during 2020 pushed up vacancy levels, according to a 4th quarter of 2020 survey by TPN, a credit bureau specialising in vetting tenants for rental properties.

Income constraints were cited as the biggest contributor to tenants' early cancellation of lease agreements. BankservAfrica's Take-home Pay Index which shows that 10.4% fewer workers were paid a salary in October 2020 compared to October 2019. TPN points out that fewer people earning salaries means that fewer households can afford to participate in the rental market.

Vacancy rates seem to have started to recover in the Western Cape, Eastern Cape and KwaZulu-Natal. However, vacancy rates in Gauteng continue to rise with 14.66% vacancies in Q4 of 2020.

"One of the reasons for this continued surge is likely to be the increase in residential houses and flats which were constructed in 2019 in Gauteng (where nearly half of all residential rental tenants reside) unlike other provinces where residential construction remained relatively flat in 2019 and 2020," states the TPN report.

In the Western Cape the vacancy rate was 9% in the fourth quarter of 2020. Cape Town's Northern Suburbs reflect a low 5.1% vacancy rate. However, the luxury end of the market, represented by the Atlantic Seaboard, has a 25% vacancy rate.

Vacancy rates in KwaZulu-Natal are in the single digits with even luxury North Coast vacancies only at 7.4%. The province has, however, have the worst performing rental payment behaviour with only 73.55% of tenants in good standing.

"The Eastern Cape bucks the trend compared to the rest of the country given that the majority of citizens rely on social grants as their primary source of income as opposed to salaries. The province has an insufficient supply of rental accommodation available with a high demand which means that landlords can be selective in terms of their choice of tenant. As a result, the province has a low vacancy rate of 6.3%," states the report.

"The current rental market requires a careful balancing of price, affordability, maintenance, security and rising municipal expenses. Careful planning and consistent management of these variables will be key to managing vacancy rates."

We live in a world where facts and fiction get blurred
In times of uncertainty you need journalism you can trust. For 14 free days, you can have access to a world of in-depth analyses, investigative journalism, top opinions and a range of features. Journalism strengthens democracy. Invest in the future today. Thereafter you will be billed R75 per month. You can cancel anytime and if you cancel within 14 days you won't be billed.
Subscribe to News24
Related Links
Covid-19 shakeup of residential property market is likely here to stay
8 trends to watch in the residential property market
Next on Fin24
With 3 000 apartments a year, and 28 estates to go, Balwin has no plans of slowing down