New York - McDonald’s is getting customers back into its restaurants after years of declining traffic, helped by drink deals and more upscale burgers.

The company saw an increase in US diners last quarter - a key milestone that has proved elusive to CEO Steve Easterbrook - and posted same-store sales that handily beat analysts’ estimates. The shares rose most in three months, hitting a record high.

The results mark a victory for the 49-year-old CEO, who has been working to overhaul McDonald’s for the past two years. Even after he managed to increase sales at the world’s largest restaurant chain -- helped by higher prices - it’s taken longer to get more people in the door.

There’s more to this story
Subscribe to News24 and get access to our exclusive journalism and features today.
Subscribe
Already a subscriber? Sign in
Next on Fin24
PEP and Ackermans are the future, says Pepkor CEO 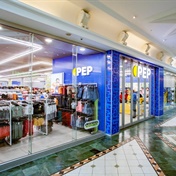