Outgoing Pick n Pay CEO turned around a 'massive ship' - will it stay on course? 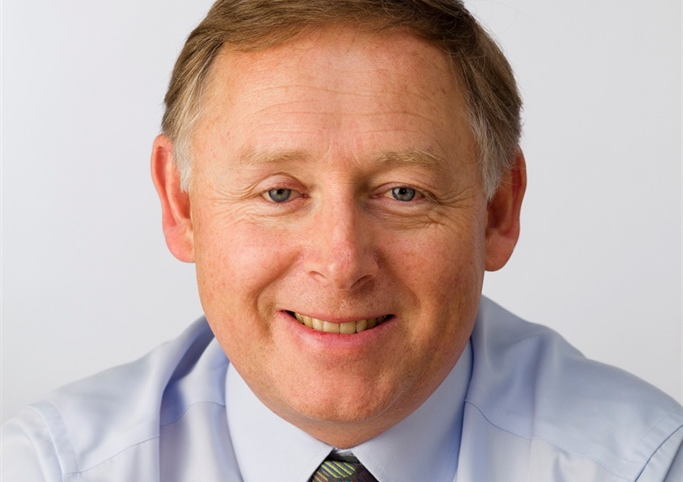 Pick n Pay’s celebrated CEO Richard Brasher has been credited with turning around the retailer, proving that the Ackerman family’s decision to bring in an outsider to lead it was not a mistake - but it still lags behind its rivals.

Brasher's contract with the retailer was due to end next year, but has been extended until 2022 to help guide Pick 'n Pay through the Covid-19 pandemic.

When Pick n Pay announced that the former executive at UK retail giant Tesco, Brasher, would be replacing Nick Badminton as CEO in 2013, it was the first time the 53-year old grocer had gone with an external appointment. He was brought in to stem a loss of market share to rivals such as Woolworths Food, Spar and Shoprite.

Independent retail analyst Syd Vianello said Brasher "...came when Pick n Pay was in trouble in terms of stock management. He came in to fix the business and then take it forward, and looking at his mandate, he did that."

Vianello said some of the highlights of his time at the Cape Town-based grocer including pulling out of franchise agreements that were unprofitable and pushing focus to its corporate stores, which are the better performers.

He added that under his leadership, clothing has performed well but it is a hidden part of the business that Pick n Pay doesn’t delve into.

The retailer’s Boxer stores business, aimed at the lower end of the market, is a hidden gem that has given Pick n Pay a share of Shoprite’s piece of the market.

"They took Boxer into the area where Shoprite really made it. Shoprite caught on early that social grants were going to be a huge money spinner in terms of food purchases and they got in first. Boxer is a pretty formidable competitor in that space," he said.

He also credited Brasher with increasing the participation of Pick n Pay’s suppliers into its distribution centres.

Streamlining the business was what he did best but Vianello said the question is whether he helped Pick n Pay gain market share.

“He certainly made the business more efficient than what it was but in terms of where he has gone relative to its competitors, in terms of market share in terms of expanding the base, I think Shoprite, Woolworths and even Spar have probably expanded much faster than Pick n Pay over the years,” he said.

Although Spar’s market share is smaller than Pick n Pay’s, the retailer has maintained its market share and its liquor business is performing well.

He added that Pick n Pay’s convenient outlets at BP stations are not much of a growth area, average between R15 million and R20 million a year in turnover, the average supermarket does R100 million a year.

Since Brasher's appointment in February seven years ago, Pick n Pay's shares have fell just under 10%, compared to a 2% decline in the JSE All Share Index. It compares favourably with rivals such as Shoprite and Woolworths that have their stocks fall under 40% and above 51% respectively. Spar has outperformed, gaining just under 50% in that time.

Lulama Qongqo, a consumer analyst at Mergence Investment Managers, said Pick n Pay has seen growth under Brasher and has been more competitive in terms of price.

"They did see some market share gains. And they have also managed to growth in an environment that had low economic growth as well, I think that says a lot about them. They also did that by growing their store base as well, so it’s difficult to say that they will continue but I do think that they have gained market share," she said.

Like Vianello, Qongqo said Pick n Pay’s clothing business had performed well but Pick n Pay could be more transparent on how it has on its own, contributed to the business so that the market can gauge its fair value.

She added that retail businesses take a long time to build and asking Brasher to turn "the massive ship" that is Pick n Pay around completely is tough expectation.

"He did a good job considering what he was given, but there is so much more to be done," she said.

Qongqo, added that the discounted pricing he had tried to push for at Tesco, that led to the company’s unhappiness with him, is what has been working for him at Pick n Pay.

She said his exit would have happened at the peak of Pick n Pay’s performance but the changing targets on profit growth and earnings has made this difficult.

Brasher now has to oversee another difficult period in the retailers history as it is faced with the unprecedented Covid-19 pandemic that has particularly affected the retail sector. This week, the grocer announced that its earnings may be 50% lower for the 26 weeks until 30 August, on the back of the pandemic and its severance programme.

We live in a world where facts and fiction get blurred
In times of uncertainty you need journalism you can trust. For only R75 per month, you have access to a world of in-depth analyses, investigative journalism, top opinions and a range of features. Journalism strengthens democracy. Invest in the future today.
Subscribe to News24
Related Links
Ackerman lashes out at 'confusing, contradictory' explanations for tobacco, alcohol sales ban
Over 1 400 staff members at Pick n Pay take voluntary severance packages
Hotly contested township markets
Next on Fin24
Bertina Engelbrecht is new CEO of Clicks as Ramsunder quits to move to Australia