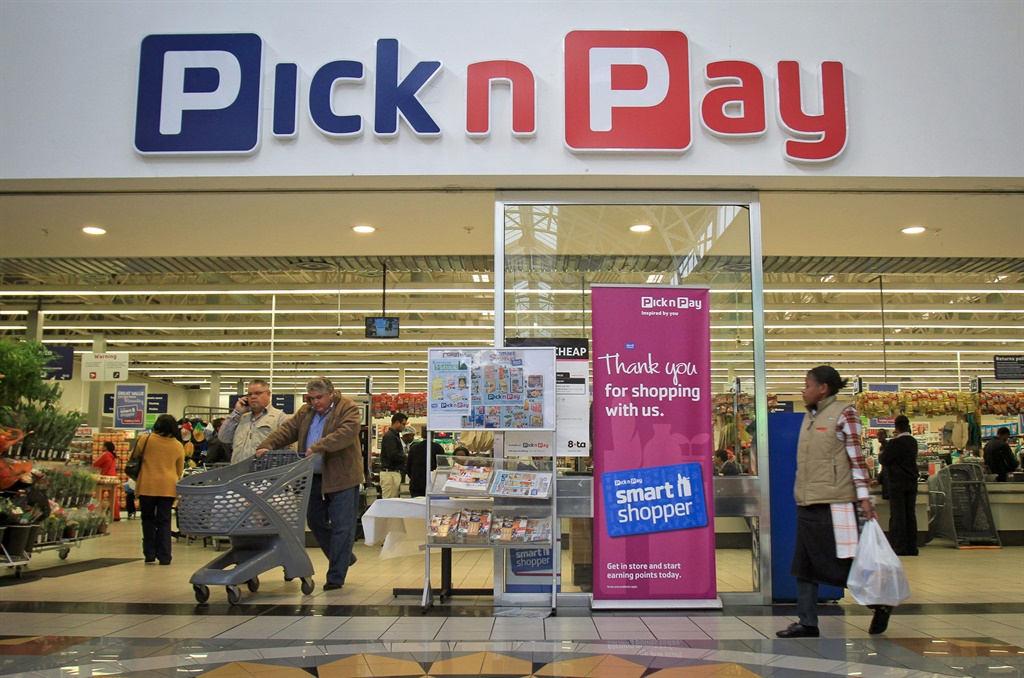 Pick n Pay said P trade restrictions impacted up to 20% of its revenue at different stages of the nationwide lockdown. Photo: Bloomberg
Bloomberg

Raymond Ackerman founded, Pick n Pay expects headline earnings to tank by as much as 60% when it reports its interim results later this month.

The first half of its financial year which began on 2 March was almost entirely marred by the Covid-19 restrictions which cut the kind of items Pick n Pay could sell in the early days of the lockdown to bare bones while restriction on alcohol sales. While better now, the restrictions remain in place on weekends causing retailers to lose out two days a week of trading compared to the same period last year. Liquor sales were prohibited for 15 weeks of the 26-week trading period while the sale of cigarettes and other tobacco products was not allowed for much longer.

"This inevitably had a profound impact on liquor and tobacco sales, with negative growth of 47.5% over the period," wrote Pick n Pay in the trading update on Wednesday afternoon.

Because the restrictions meant that Pick n Pay could not sell higher-margin goods like liquor, clothing and general merchandise at one point or another during the ongoing lockdown, the retailers earnings will be down by between 50% and 60% despite the 8.7% increase in core retail sales.

Core retail sales include food, groceries and general merchandise, but exclude liquor, clothing and tobacco. Clothing sales were prohibited during the Level 5 lockdown causing the group's clothing turnover to decreased 4.2% in South Africa over the period.

Pick n Pay said the trade restrictions in SA and in its other operations in southern Africa impacted up to 20% of its revenue at different stages of the nationwide lockdown. Outgoing Pick n Pay CEO, Richard Brasher previously said that the retailer was "quite successful" in getting a good profit margin of alcohol and tobacco products.

But it was not only the ban of high-margin products that ate into Pick n Pay's earnings. The retailer said it incurred R150 million in additional costs as a result of the Covid-19 which included spending to comply with safety and hygiene protocols, a R50 million appreciation bonus paid to front-line staff as well as and security and communication costs.

The group also had once-off costs of R100 million related to its voluntary severance programme which affected 1 4000 employees. Pick n Pay said the reduction of its staff was meant to make the group more competitive and more sustainable.

We live in a world where facts and fiction get blurred
In times of uncertainty you need journalism you can trust. For 14 free days, you can have access to a world of in-depth analyses, investigative journalism, top opinions and a range of features. Journalism strengthens democracy. Invest in the future today. Thereafter you will be billed R75 per month. You can cancel anytime and if you cancel within 14 days you won't be billed.
Subscribe to News24
Related Links
Outgoing Pick n Pay CEO turned around a 'massive ship' - will it stay on course?
Ackerman lashes out at 'confusing, contradictory' explanations for tobacco, alcohol sales ban
Over 1 400 staff members at Pick n Pay take voluntary severance packages
Next on Business
Mr Price takes on life insurers with new entry-level cover, but can it win?