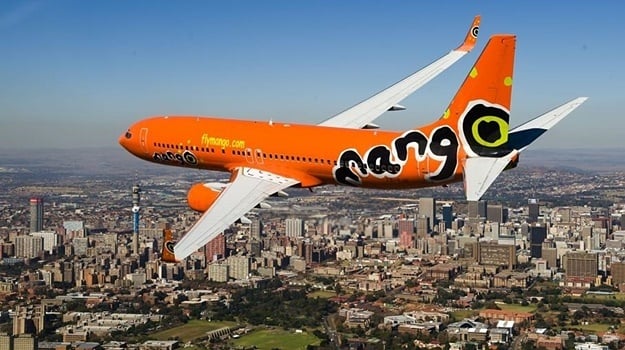 After a due diligence process a consortium, whose identity has not yet been revealed, was selected by the rescue practitioner as the preferred bidder to buy Mango.
Mango

Concerns that South African Airways (SAA) has about the sale process of its subsidiary Mango are "of a mere housekeeping nature" and not material at all, according to the low-cost airline's business rescue practitioner Sipho Sono.

Mango was placed in voluntary business rescue in July 2021 and has not flown since. Rescue practitioner Sipho Sono wanted Mango to restart operations on 2 December 2021. However, SAA's shareholder, the Department of Public Enterprises (DPE), made it clear this could only be done if an investor bought Mango.

After a due diligence process a consortium, whose identity has not yet been revealed, was selected by Sono as the preferred bidder to buy Mango.

In his latest business rescue report to creditors, Sono says he had submitted an application to SAA for consideration on 21 September. In terms of the Public Finance Management Act, SAA had until the end of September to provide feedback, after which Sono planned to submit a final application to the DPE for approval in the first week of October.

Minister of Public Enterprises Pravin Gordhan would then have 30 days to consider and approve the application as provided for in Mango's business rescue plan.

According to Sono's report, SAA, however, went ahead and submitted the PFMA application directly to the DPE "along with correspondence highlighting some areas of concern".

"The issues highlighted by SAA in the letter to Minister Gordhan are more of a housekeeping nature and are, therefore, not material," states Sono. He did not detail the concerns.

Furthermore, Sono says he and the preferred bidder have had "productive meetings" with both the domestic and international Air Services Licensing Councils about the potential change in ownership of Mango. The councils were given an update on the rescue plan and the plans of the investor.

Competition Commission and other regulatory approvals would then also still be needed.

If the sale fails, Sono will have to implement a winding down of the airline.

In mid-September, the DPE told Parliament's Portfolio Committee on Public Enterprises that it wanted to do its own due diligence on the buyer before signing off on any deal proposed by Sono. Sono claims he was told at short notice by the DPE that he was no longer invited to participate in the committee briefing.

SAA's acting chair John Lamola told the committee that SA's domestic airline market remains risky, a factor that any investor in Mango would have to consider. Sono, however, disagrees. In his view, the committee was not given an accurate picture of Mango's situation, and important questions by committee members were "sidestepped".

News24 Business reached out to SAA and the DPE for comment. SAA declined to comment and if any response is received from the DPE, this article will be updated.