Santam CEO: Lockdown claims had a huge impact, and we're not sure how big the liability can get 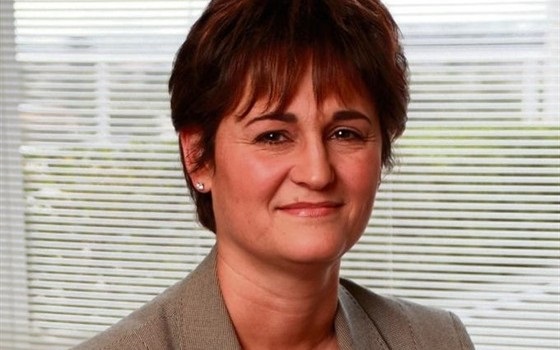 Santam has set aside a R3 billion technical reserve for lockdown-related claims. But CEO, Lizé Lambrechts says it's all based on an assumed quantum of claims which the company is not sure about yet. Photo: Archive

A lot of details still hang in the air for Santam which is trying to put the fallout with contingent business interruption (CBI) claims behind it to save its reputation.

The insurer has raised another R2 billion net technical reserve over and above the R1 billion it paid as a relief to customers in August. This is the money that it could potentially fork out from its balance sheet, net of reinsurance.

Still, the actual amount could vary drastically from this, depending on how much losses clients suffered and the indemnity period Santam has to cover them for.

"We've used assumptions to get to a total of R3 billion [when including the R1 billion relief payments already made]. But those assumptions were based on a quantum of claims which we are not sure about yet. We are only finding out now as people start submitting their claims," said Santam CEO, Lizé Lambrechts during an interview with Fin24.

She said there was no telling how much the biggest claim Santam could pay would be. The indemnity period Santam is supposed to cover clients for will have a big impact on determining this.

A lot rides on the Ma-Afrika case

Of particular importance in this issue of indemnity period is the legal wrangle between the company and Ma-Afrika, the hotel group that Santam was ordered to compensate for 18 months' worth of losses by the Western Cape High Court last year.

On Thursday, the insurer revealed in the announcement of its financial results that it has now been granted leave to appeal this indemnity period at the Supreme Court of Appeal.

The potential outcome of that appeal could swing things in any direction. Santam said it may still impact its assessment of the estimated net CBI claims. It will also affect the extent to which Santam can pass on these claims to its reinsurers.

Santam commenced with interim payments to some policyholders who have a three-month indemnity period in February. Lambrechts because of the complexity of determining the actual impact of the Covid-19 interruptions on clients' businesses, the insurer is still in progress with the bulk of these claims. It expects to start making more settlements in the next couple of weeks.

Still, there is no telling when this issue can be put to bed.

"I wish I could say we can put it to bed tomorrow for the sake of our clients. We will do it as quickly as we can…But it depends a lot on how quickly we get the information. For a longer indemnity period, we can only start the process once the indemnity period has expired," she said.

Lambrechts said with the indemnity period under dispute, court processes will dictate how long it will be before that issue is finalised.

Lockdown claims provisions had the biggest drag on the bottom line

With an unprecedented global pandemic that made it impossible for brokers to see potential clients and write new policies as usual, 2020 was already a tough year for insurers, even before bringing the issue of CIB claims into the equation.

Santam's commercial and personal intermediated business reported negative growth for the period while the company was forced to provide discounts and premium holidays to the value of R310 million to clients.

Even then, the impact of the CIB claims delivered the biggest body blow, said Lambrechts.

"It is a very big number, R3 billion is a big number for us. It was slightly but not completely muted by the fact that we had better than expected motor claims experience. But that too was offset by the premium relief we offered clients. So, it really had a big impact on our results," said Lambrechts.

This cocktail of events pushed Santam's headline earnings down by 47% to R1.2 billion compared to R2.28 billion in 2019.

We live in a world where facts and fiction get blurred
In times of uncertainty you need journalism you can trust. For 14 free days, you can have access to a world of in-depth analyses, investigative journalism, top opinions and a range of features. Journalism strengthens democracy. Invest in the future today. Thereafter you will be billed R75 per month. You can cancel anytime and if you cancel within 14 days you won't be billed.
Subscribe to News24
Related Links
Santam wants to go to the Supreme Court of Appeal over 18-month lockdown claim from hotel group
Santam starts assessing business interruption claims
Why is Santam only offering to pay for three months of lockdown losses?
Next on Fin24
Sasol is a Bain client - it will now study UK govt's sanction against US group