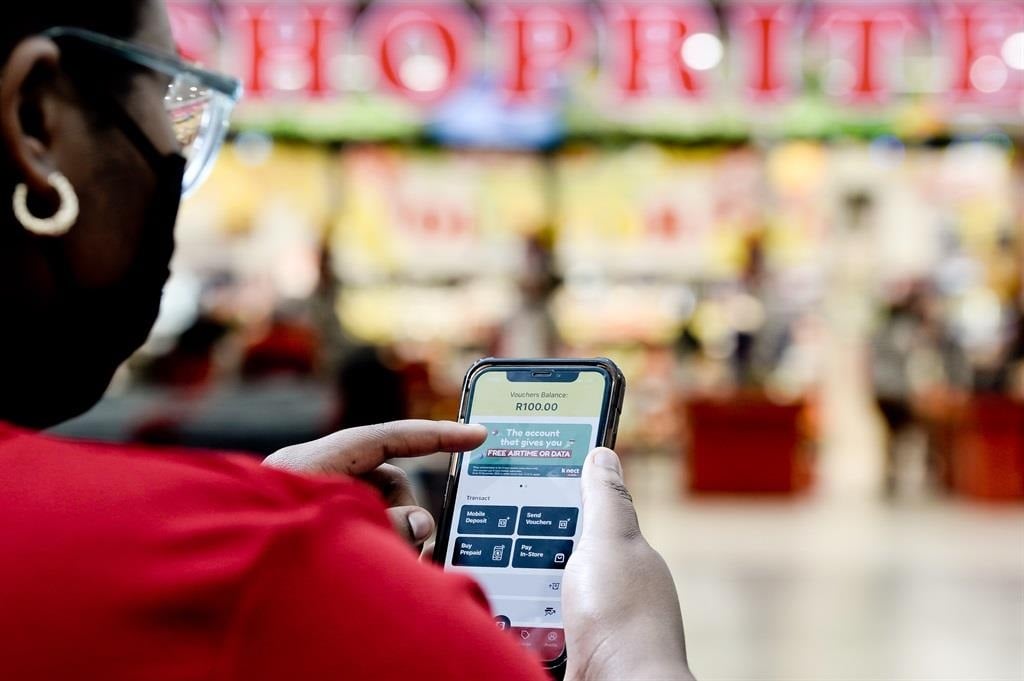 Shoprite launched its Money Market Account over a year ago and has already attracted over 530 000 users. But it says it has no intention of becoming a fully fledged bank.
Supplied

Shoprite is turning its Money Market Account into a facility that's a little more like a bank account. The retail group announced on Wednesday that while customers could only deposit money into these accounts to pay for utilities and buy groceries, they can now transact with them.

From depositing money, sending it to other people and making withdrawals, the account does almost all the basics that many people use bank accounts for.

And customers don't need to spend their money at Shoprite stores. They can use these purely as transactional and savings accounts.

The account comes with no monthly fees. But it also does not provide customers with a physical card. Everything happens digitally through smart and feature phones, save for cash deposits and withdrawals. There are no fees to deposit or send money to other people either. Customers will, however, pay a R5 withdrawal fee.

Where it falls short of ordinary bank accounts is with debit orders, as these and other deductions aren't allowed. But that's similar to the FNB Easy Zero™ account as it also doesn't allow debit orders.

"The development and rollout of the account have been driven entirely by customer needs. They wanted a straightforward account which allows them to be in full control of their money and does not surprise them with any hidden fees," said Jean Olivier, general manager of financial services at the Shoprite Group.

Shoprite is also hoping that its retail hours, which are longer than those of banks, will work to its advantage since customers can go to its stores seven days a week and on public holidays.

Shoprite launched its Money Market Account over a year ago. The group said it has already attracted over 530 000 users. But Shoprite said it has no intention of becoming a fully fledged bank.

It has partnered with Grindrod Bank to bring the transactional capabilities to the Money Market account.

Grindrod has been growing its business in SA through these kinds of partnerships. It provides banking services for the EasyPay Everywhere transactional card. It used to be the service provider of Sassa cards, too, in the past.