Tesla board shakeup seen as 'important step' in governance 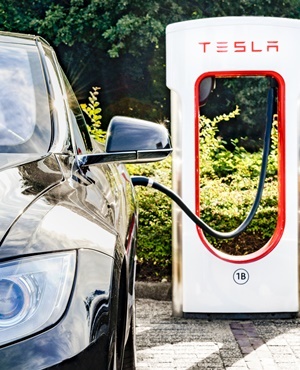 Tesla will bid farewell to longtime directors and reduce the size of its 11-member board to nine as the automaker ushers in a new era of corporate governance.

Director terms will be cut to two years from three, allowing shareholders to vote on the board’s performance with greater frequency, according to a proxy filed Friday.

If shareholders vote to reduce director terms to two years, venture capitalist Stephen Jurvetson - who returned from an extended leave of absence this month - has indicated he would not seek re-election in 2020. Antonio Gracias, a private equity firm founder, has also indicated he wouldn’t stay on Tesla’s board after his term ends next year.

'Fresh air to the Board'

“It strikes me as an important step towards more effective corporate governance,” said Stephen Diamond, an associate professor of law at Santa Clara University. “I would call this a board shakeup. The trio of Buss, Gracias and Jurvetson are the heart of the Musk crowd and the old boy network. Maybe this will bring some fresh air and light into the board.”

Jurvetson and Gracias should retire this June as opposed to waiting until 2020, said Dieter Waizenegger, executive director of CtW Investment Group, which works with union pension funds that are Tesla investors. Jurvetson went on leave in November 2017, and is just returning after being away for nearly 18 months, while Gracias faced some investor opposition last year.

“This is a first good step, but there’s more work to do,” said Waizenegger. “Tesla should look for people who have really strong manufacturing expertise.”

Tesla is also proposing to eliminate the “Supermajority Amendment,” which requires the approval of two-thirds of shares to make certain major changes to the electric-car maker. Instead, a simple majority would suffice.

The news, released on the afternoon of the Good Friday holiday when the US stock market was closed, comes ahead of a busy week for the company. On Monday, Tesla will host an “Autonomy Day” for investors to showcase its progress with its driver assistance feature known as Autopilot. The company reports first-quarter earnings on Wednesday.

Musk and the US Securities and Exchange Commission have until April 25 to resolve their legal fight over the CEO’s penchant for tweeting, after both said they needed more time.

Tesla shares have plunged 18% this year, compared with a 21% gain in the Nasdaq Composite.