The value of Tesla’s finished goods inventory, which includes vehicles available for sale, exceeded $2bn for the first time as the Model 3 sedan began overseas deliveries.

The $2.15bn in finished goods inventory Tesla carried as of the end of March was up 36% from the end of last year and up 91% from a year ago. In a regulatory filing, the company blamed the increase on the longer time it takes to deliver Model 3s outside North America.

Tesla’s filing Monday and a letter to shareholders last week also have offered details on why Model S and X deliveries dropped off in the first quarter. The company said there was a mismatch between the variants that were ordered and the types of models it manufactured, and the imbalance was caused in part by its price adjustments in the quarter.

The carmaker also has blamed seasonality, demand being pulled ahead into the end of 2018 before a US tax incentive shrank and its move to discontinue the entry-level battery versions of the two vehicles. 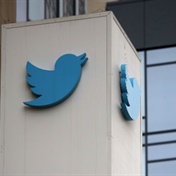