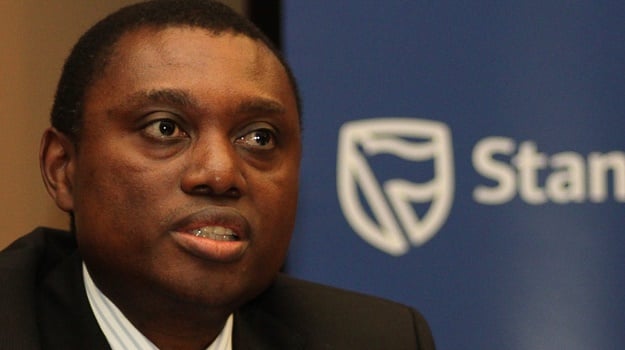 Over the past few days, 33 of Standard Bank's branches and 220 of its ATMs have been damaged in unrest, according to its CEO Sim Tshabalala.

Tshabalala was speaking during a media briefing about the bank's planned acquisition of long-term insurer Liberty.

"The damage is huge," he said in response to a question about the impact of riots mainly in Gauteng and KwaZulu-Natal.

Protests related to former president Jacob Zuma's incarceration escalated into rioting over the weekend. A number of businesses have been looted, property has been damaged and there have been road blockages on the country's main economic arteries.

A number of businesses have also closed or implemented forces majeures as safety precautions.

In the case of Standard Bank, 81 branches in KwaZulu-Natal and 116 branches in Gauteng have been closed. "In other regions we also have closures, but not to the same extent," Tshabalala said.

In terms of damage to infrastructure, a total of 33 branches have been damaged - 20 in KwaZulu-Natal and 13 in Gauteng. A total of 220 ATMs out of 4 200 have also been targeted, said Tshabalala.

He added that Standard Bank staff had also been impacted in terms of struggling to access food, petrol and medicine - a reflection of what is happening in the broader environment.

"We have seen no impact yet on liquidity. And we still think it is too difficult to see what damage is suffered from a credit point of view.

"You can imagine certain regions and certain sectors will have severe difficulties in the short to medium term, as a result of the destruction of property, their inability to trade and their inability to have access to warehouses and so forth. So the damage is just huge," said Tshabalala.

The impact is also seen on customers and the way they are conducting transactions, and the impact on mental health is also apparent, he added.

"Even with all that, it is important for us as leaders to continue to remind ourselves - this too shall pass. We must focus on doing the right thing," he said. "Even in the most difficult of times, it is important to think of the long term, understand what is possible and make contribution to a greater, better future."

Tshabalala said the proposed acquisition of Liberty - subject to approval from shareholders, the Reserve Bank and competition authorities - is a reflection of long-term thinking.

"We think long term and it is our duty to remind ourselves we have duties in the long term … the strategic rationale for this transaction is valid and even with the difficulties, we want to proceed," said Tshabalala.

"What this country and what many countries in the world [have] been through the last 15 or 17 months have been dehumanising and disorientating. And then to overlay it with what we experienced in South Africa in the last few days has been a real hammer blow."

Munro, however, added it is critical for the economy to function and for businesses to grow.

"We as business leaders need to be resilient and try to rebuild and focus on long term. We must work with authorities to stabilise the situation as fast as we can, support them…" he said.

Earlier, Business Unity South Africa issued a statement calling for a 24-hour curfew in KwaZulu-Natal and Gauteng for order to be restored, as well as the full deployment of army and police including reserve forces in the provinces.

"The violence and damage to property that has overwhelmed parts of the country must be stopped immediately. The loss of life and destruction of property is devastating.

"We now face disruption to supply chains that are essential for the country’s basic functioning, including energy, food and supplies needed to fight the pandemic," the statement read.