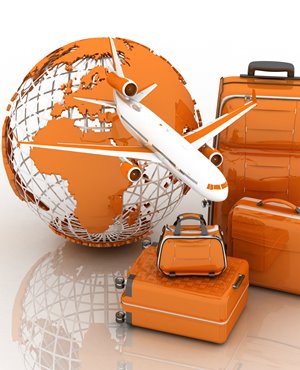 Cape Town - South Africa is getting its first Marriott branded properties next year.

It is expected to open by February 2018.

"SA and actually the whole sub-Saharan Africa is very important to us, because of its huge potential. Sub-Sahara Africa has a rapidly growing middle class with more disposable income.

As they begin to travel we would like them to experience and understand what Marriott is all about and we hope they would use us when they travel all around the world."

Over the next five years, the company expects the Marriott International brands, including the Protea brand, to expand from 10 African countries to 18, involving the development of an additional 38 properties across 7 brands.

According to Jones Marriott is looking at a number of different sites for expansion in key SA markets like Cape Town, Johannesburg, Pretoria and Durban and also further into the SA provinces.

"We are always on the look-out for new hotels and are working with partners to continue to expand. Our pipeline for the Middle East and Africa stands at 82 new hotels and we will be operating in 26 different African and Middle Eastern countries by 2020," said Jones.

Internationally the Marriott group has 4 300 hotels in 81 countries covering 19 brands. The group is expanding globally, but according to Jones, apart from a focus on African expansion, it is also seeing good expansion growth in Asia, especially in China and India.

Jones is also excited about the expected rollout of Marriott Rewards, the company's loyalty programme, to its Protea portfolio by the end of 2015.

Protea guests will be able to earn and redeem Marriott Reward points across Marriott’s portfolio worldwide.

"Our Marriott Rewards programme has over 50 million members globally and soon it will be connected to all of the Protea Hotels as well as new brands we bring to SA in future. We will market these SA hotels aggressively to our rewards members," said Jones.

According to Jones SA still has a lot to offer tourists and he regards the country as one of the most attractive in the world.

"SA has natural beauty and unique features. It also offers great value. That is why we bought Protea Hotels and are expanding in the country and on the continent," said Jones.

Although he did express concern about the impact of the new SA visa requirements especially on inbound family tourists and Chinese tourists, he is hopeful that the SA government will take another look at the impact and address it accordingly.

Related Links
Marriott opens its first hotel in Ghana
Marriott could reach a million rooms in 2015
Marriott opens hotel in CT southern suburbs
Share
Next on Fin24
Back to the future: Jo'burg mall opens drive-in cinema and diner, pandemic-style