UK bookmaker Betfred have made an offer of up to R925 million for all the assets of embattled betting and horse racing company Phumelela Gaming & Leisure, which is undergoing business rescue.

The company, which currently has no presence in South Africa, has sweetened its offer with a proposal of a R650 million loan to Phumelela to cover creditors claims. The binding offer for Phumelela's assets is set at between R875 million and R925 million.

The offer, which was made on Tuesday, comes as stakeholders are expected to vote on the group's business rescue plan at a meeting scheduled for September 1.

"Betfred has further indicated that it will propose a motion to direct the practitioner to adjourn the meeting in order to revise the plan for further consideration," said Phumelela.

Betfred has committed to keep all Phumelela businesses and secure its jobs, should the deal go through.

On the wrong track

Phumelela, Africa's largest horse racing group, filed for business rescue in May. Its finances, which had been under pressure for some time, took a further knock from the Covid-19 lockdown which halted all sporting events, including horse racing.

The fund, which is run by the family of the late mining magnate Harry Oppenheimer, recently committed to extend a further R550 million to save the company, following the R100 million in post commencement finance it extended to Phumelela shortly after it was put in business rescue.

"The Betfred acquisition is in respect of all assets of Phumelela, and not merely some of the assets as contemplated in the offer made by Mary Oppenheimer Daughters in the published plan," Betfred said in a note.

The company said it had expressed interest in Phumelela as far back as June 29 and had directly engaged the insolvency practitioner on the matter.

Betfred stated that the offer would lapse if not accepted on September 1.
We live in a world where facts and fiction get blurred
In times of uncertainty you need journalism you can trust. For only R75 per month, you have access to a world of in-depth analyses, investigative journalism, top opinions and a range of features. Journalism strengthens democracy. Invest in the future today.
Subscribe to News24
Related Links
Phumelela extends date for publication of business rescue plan
Oppenheimers step in with R100m cash injection to keep horse racing alive under lockdown
Horse racing company Phumelela files for business rescue
Next on Fin24
INTERVIEW | No 'spending spree' on the cards for cautiously recovering Omnia 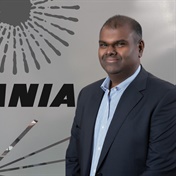