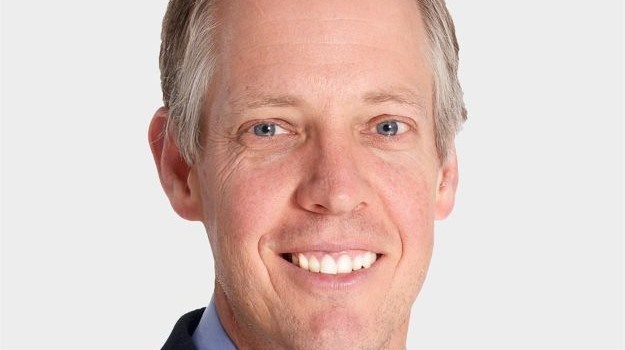 Rectifying past missteps, ditching cumbersome paperwork, mending its relationship with brokers is Old Mutual's new game plan to take back market share lost over the years.

The insurance giant held a capital markets day on Thursday, where it unveiled its new 2030 strategy. The last time Old Mutual hosted a capital markets dialogue was in the middle of 2018, just before completing the managed separation that spun off Quilter as a standalone company and unbundled Nedbank from the group.

The current Group CEO, Iain Williamson, inherited the strategy from Peter Moyo, who was unceremoniously fired by the insurer's board in 2019.

Williamson told investors and analysts that the insurance giant was pursuing a "better and different destination". The market in which insurers operate now is fundamentally different from when Old Mutual launched its current strategy in 2018 when it moved its primary listing to the JSE.

Williamson said the 2018 blueprint was always going to be medium term in nature. The group was mindful that it needs to do more work to refine its longer-term strategy.

Williamson said Old Mutual needed something that would accommodate the accelerating pace of change and technological innovation. The company had to ask itself it was worth fighting with outdated ammunition, blindly carrying like CD stores and Kodak before folding.

"We needed to revisit our purpose; what role did we play in the lives of our customers? Could we, and should we be more?" he said.

So, investment into technology to enable the company to do what previously took days in minutes is a big focus. From digitising and automating applications and claims processes, simplifying customer engagement tools that resulted in reducing customer-facing apps from seven to one, Old Mutual is hoping to shake off the stigma of being a laggard just because it's 176 years old.

Betting his career on it

"We're hanging our heads on this. Our heads, our collective futures, careers, and bonuses," said Williamson.

To do this, the insurer started by pointing out areas it believes it should rectify. In the Personal Finance business, Williamson said Old Mutual had been too focused on customer experience, at the expense of its sales force and other parts of its sales value chain.

"We realised that this had been a misstep, hence the back-to-basics approach," he said.

Old Mutual spent a big part of 2020 resetting the fundamentals in that business, setting up new technology tools for its intermediaries. It rebuilt its entire life business's platform for policy administration, premium collection, claims and everything. Williamson said the system is now paperless.

The results are starting to show that the reset was a step in the right direction, said Williamson.

Old Mutual's biggest business unit, the Mass and Foundation Cluster (MFC), also put everything at a standstill for a few months last year to build a clean operating slate. The lockdown had forced it to confront the reality that it can no longer rely primarily on the face-to-face selling model.

MFC MD Clarence Nethengwe said because of the rectifying process that his businesses went through, MFC advisors were on average selling 6.25 policies per week by the end of the first quarter of 2021. Brokers in its telesales channels were selling over 12 policies per week. He said MFC's risk sales, particularly funeral and underwritten life cover, were 8% above 2019 numbers in the first quarter.

The business is targeting to increase the proportion of its customer with two or more products with Old Mutual to 50% from the current 33% in the next ten years.

Currently, 60% of MFCs new business are funeral products. It wants to sell more life, credit life, and savings products to its client base. MFC also wants to grow transactional account holders to 5 million by 2030. It will partner with retailers and telecoms companies more.

"We will win in terms of extracting as much value for our shareholders … We will deliver. Mark my words on that," said Nethengwe.

Old Mutual will host another capital markets day in November to present strategies for its short-term insurance business, Old Mutual Insure, the corporate and investment businesses, and its Rest of Africa operations.

We live in a world where facts and fiction get blurred
In times of uncertainty you need journalism you can trust. For only R75 per month, you have access to a world of in-depth analyses, investigative journalism, top opinions and a range of features. Journalism strengthens democracy. Invest in the future today.
Subscribe to News24
Next on Fin24
Transnet probes Richards Bay, Durban fires - vows to take 'action' if negligence found