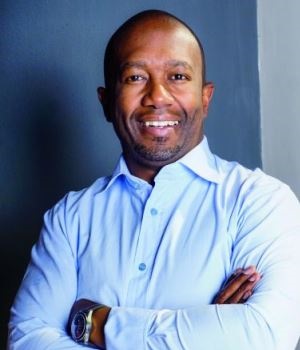 President Cyril Ramaphosa's target of 21 million tourist arrivals in SA by 2030 is doable, but several government departments will need to be aligned, says SA Tourism CEO Sisa Ntshona has said.

Ntshona on Thursday spoke to Fin24 on the sidelines of the of the 53rd edition Internationale Tourismus-Borse (ITB) world travel trade show in Berlin, Germany.

The government has identified the tourism sector as one of the largest potential growth for the SA economy.

"We need an enabling environment for tourism to thrive, for that to happen we need the entire ecosystem of government to be aligned," Ntshona said.

He unpacked five key areas which need to be addressed.

"Tourists have a choice; they will lean to destinations which make it easier for people to go," Ntshona said.

The Home Affairs Department needs to improve the efficiency of producing visas, he said.

The tourism department has a target to grow arrivals from Nigeria to 95 000, while the Home Affairs department's target is only 35 000, reflecting a misalignment of targets. "It's the same government but with a different view of the same market."

Ntshona said that SA scored own goals with the introduction of a requirement for unabridged birth certificates for minors to travel. Although the intentions were good, the execution had bad consequences, he told German business partners at a round table discussion.

For example, in SA getting a certified document just requires getting a stamp at a police station.

In Germany, however, it is different. A lawyer needs to be consulted for as much as €200. This is a cost that travellers must budget for which can discourage travel to SA, he told Fin24.

Secondly, there are issues of safety and security which need to be addressed, Ntshona said. "We need police to make sure tourists feel safe in the country."

Ntshona also raised the safety and security issue in the round table discussion with German business partners.

But he said even though first-time visitors fear for their safety and security, the country over-delivers and can lock down repeat visits. "When people come, they realise it (SA) is a cool place."

Other issues which must be addressed include consistent energy supply so that people can enjoy being in the country, Ntshona said.

The water crisis in the Western Cape last year resulted in a knock in European arrivals in the first six months of 2018. But the country was resilient in its response to the issue, and said it was important to communicate a message to tourists that a recovery is underway and dams are 70% full.

Ntshona said there has been little investment in domestic tourism, which must be addressed.

In the past, domestic tourists used to rely on municipal resorts and caravan parks as an affordable option, Dianna Martin, general manager of marketing and promotions of the Northern Cape Tourism Authority explained to Fin24 this week. But because these places are in a dilapidated state, domestic tourists must budget for guest houses or other arrangements that are far more expensive, which is a deterrent for them to travel.

When asked whose responsibility it is to improve caravan park and municipal resorts, Ntshona told Fin24 that if the private sector is willing to step up and fill the gaps, then government should allow it.

"I have a fundamental view that government should not compete with private sector. Where there is market failure, I am happy for government to step in. But if the private sector wants to step in, let us step back. We don't need to lose ownership of these parks," he said.

Ntshona suggested concession arrangements can be made in which a park is leased to a private operator for a certain amount of time, to operate and manage the park efficiently.

This is being done on toll routes – where private companies can charge a fee for using a toll route, provided it is responsible for its maintenance. The same can be done in the tourism space as well, he argued.

Seasonality is another important factor, Ntshona said. Across the country, school holiday calendars are synchronised which means everyone goes on holiday at the same time.

This pushes up the cost of accommodation because everyone is competing for it. If holidays are sequenced, it would flatten the seasonality, Ntshona suggested.

He also added that tourism needs to be encouraged in secondary cities as well. Currently tourism is concentrated in the bigger nodes, like Cape Town, the Kruger National Park and the Garden Route.

There is overconcentration, and work must be done to promote secondary cities.

Ntshona gave the example of Wolfgat restaurant in Paternoster, which was recently named the world's best restaurant.

The restaurant is now fully booked for months in advance, which shows tourists want to walk away from "typical tourist spots" and discover other destinations or "hidden gems", Ntshona said.

*Fin24 is a guest of SA Tourism which is exhibiting in Berlin, Germany.

We live in a world where facts and fiction get blurred
In times of uncertainty you need journalism you can trust. For only R75 per month, you have access to a world of in-depth analyses, investigative journalism, top opinions and a range of features. Journalism strengthens democracy. Invest in the future today.
Subscribe to News24
Related Links
Countries rejecting LGBT+ tourism are losing out on the pink dollar, conference hears
'There's no way SA will be allowed to fail' - SA ambassador to Germany
No good year for elections, but democracy must win, says SA ambassador to Germany
Next on Fin24
Stepping on the gas: Mantashe's not giving up on his vision just yet