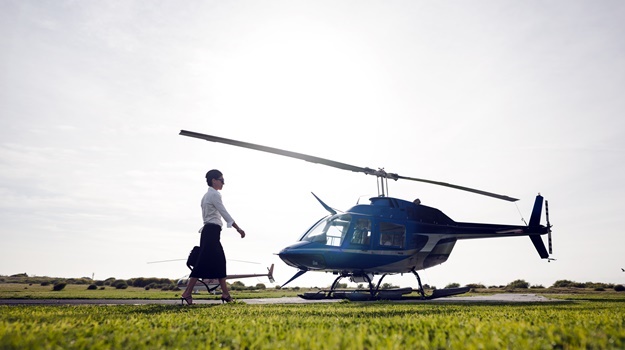 The most popular cities for migrating millionaires include the likes of Sydney, Geneva, Melbourne, Singapore and Dubai. (iStock)

About 4 000 of South Africa's high net worth individuals likely left over the past decade, according to Andrew Amoils, a wealth analyst at New World Wealth.

This includes about 500 who left SA in 2019. The latest estimates were done for the AfrAsia Bank and New World Wealth 2020 Global Wealth Migration Review. Published annually since 2018, the report examines recent worldwide wealth migration trends and analyses the potential impact of the Covid-19 outbreak on wealth migration going forward.

The report defines a high net worth individual as someone with wealth of $1 million (about R17 million) or more. "Wealth" refers to the net assets of a person and includes all their assets (property, cash, equities, business interests) less any liabilities. According to the report, it considers wealth to be a far better measure of the financial health of an economy than Gross Domestic Product (GDP).

Most of the super-rich who left SA went to the UK, Australia and the US. Switzerland and Portugal are also popular destinations for them. However, due to the coronavirus travel restrictions, not many have moved from SA so far this year.

"It should be noted that SA is by no means alone in losing high net worth individuals. All of the BRICS countries (Brazil, Russia, India, China and SA) have lost large numbers of them to migration over the past 10 to 20 years. This is a trend that is gaining momentum and is a concern to most emerging markets," says Amoils.

The super-rich tend to move for safety reasons (especially the safety of women and children); lifestyle (climate, pollution, space, nature); financial concerns; schooling and education opportunities for their children; work and business opportunities; taxes; the healthcare system; standard of living; and if there is an oppressive government.

The list of countries which high net worth individuals are leaving is topped by China, followed by India, Russia, Hong Kong, Turkey, UK, France, Brazil.

The most popular countries for migrating high net worth individuals over the past year included Australia, US, Switzerland, Canada, Singapore, Israel, New Zealand, UAE, Portugal and Greece. Other popular destinations for them included Monaco, Mauritius, Malta, Bermuda and the Caribbean Islands.

According to the report, Australia, the US and Switzerland are expected to remain the preferred destinations for the super-rich globally over the next decade, while New Zealand might emerge as a major destination for them in the future.

The most popular cities for millionaires to migrate to include the likes of Sydney, Geneva, Melbourne, Singapore and Dubai. Tel Aviv and Lisbon are also popular destinations for them, along with several cities in US, according to Amoils.

Australia tops the list possibly due to its points-based immigration system which favours wealthy people, business owners and people with professional qualifications - especially lawyers, accountants, doctors and engineers, according to the report. It also has a low crime rate, nature and scenery.

Switzerland attracted a large number of high net-worth individuals in 2019 perhaps due to its safe haven status within Europe and high standard of living. Switzerland is also the second largest wealth management hub in the world after US.

Portugal, Greece and Malta continue to attract a steady number of high net worth individuals due to their popular investor visa programme.

Amoils explains that wealth migration data is a very important gauge of the health of an economy. For instance, if a country is losing a large number of high net worth individuals to migration, it is probably due to serious problems in that country, for example crime or a lack of business opportunities. Conversely, countries that attract the super-rich tend to be very "healthy" economically and normally have low crime rates, good schools and good business opportunities.

Due to the impact of the coronavirus pandemic, Amoils expects that it might become more difficult to get the super-rich to buy into these so-called "golden" visa programmes. As a result, he expects that many of these investor visa programmes might reduce their entry requirements in the 2020/21 financial year to make it more attractive.

We live in a world where facts and fiction get blurred
In times of uncertainty you need journalism you can trust. For 14 free days, you can have access to a world of in-depth analyses, investigative journalism, top opinions and a range of features. Journalism strengthens democracy. Invest in the future today. Thereafter you will be billed R75 per month. You can cancel anytime and if you cancel within 14 days you won't be billed.
Subscribe to News24
Related Links
OPINION | Women are less likely to invest on the stock market - but they shouldn't be
Maye Musk on her 50-year career, raising a billionaire, and surviving an abusive marriage
OPINION | How Africa's super rich made their money - and where they're investing it
Next on Business
'Jobs bloodbath, no plans by government': Cosatu marches over unemployment