Delta in record beer sales, but AB InBev is thirsty for its dividend 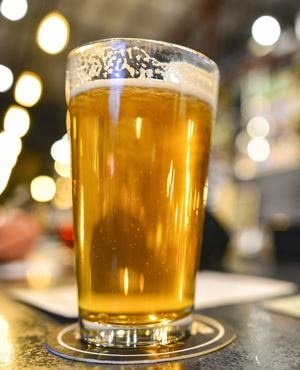 Zimbabwe’s beverages giant, Delta Corporation, has made record sales of its lager beer volumes - but major shareholder AB InBev is yet to drink its share, as the southern African country is struggling to make foreign payments amid crippling foreign currency shortages.

This is despite the company experiencing supply constraints, as a result of lacking foreign currency to import packaging material and other key raw materials. Major shareholder AB InBev was, however, said to be supportive in securing imported materials.

The volume performance saw Delta record a 37% revenue growth to $341.4m in the period under review, from $250m recorded previously.

A dividend of 4,50 US cents was declared but, as in the past, majority shareholder AB InBev might not get to enjoy the dividend, as it is already owed millions from past dividend pay outs. While Delta is sitting on a $302m cash pile, it owes AB InBev $53m in unpaid dividends declared previously.

Foreign creditors are also owed $41m, as Delta, like many other Zimbabwean companies, has struggled to make foreign payments due to foreign currency shortages.

We live in a world where facts and fiction get blurred
In times of uncertainty you need journalism you can trust. For 14 free days, you can have access to a world of in-depth analyses, investigative journalism, top opinions and a range of features. Journalism strengthens democracy. Invest in the future today. Thereafter you will be billed R75 per month. You can cancel anytime and if you cancel within 14 days you won't be billed.
Subscribe to News24
Related Links
SAB brews plans to sweeten AB InBev tie-up deal
Next on Fin24
Zimbabwe plans to hike benchmark interest rate to 190% to tame inflation