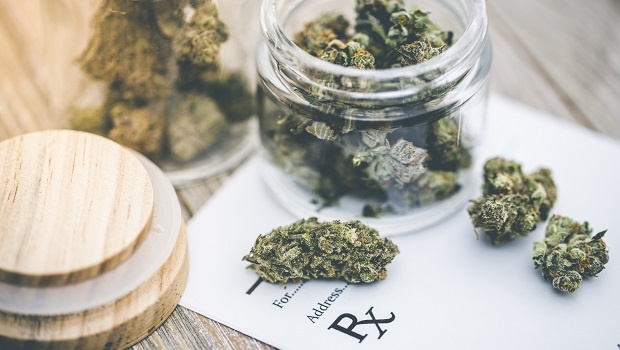 Rwanda has approved the production of medical cannabis strictly for export, seeking to target fast-growing markets in the United States and European Union, even though its use remains illegal at home.

Guidelines for the production and export of medical cannabis were approved by the cabinet on Monday, and a government statement said Wednesday that it would not change strict local laws around marijuana consumption.

"Rwanda will begin to receive applications for licenses from interested investors for this high-value therapeutic crop. This investment framework does not affect the legal status of cannabis consumption in Rwanda, which remains prohibited," the statement said.

The Rwanda Development Board said several companies have tendered bids to begin mass production, as the tiny East African nation seeks a slice of the multi-billion-dollar medical cannabis market.

"We have interested investors that we are going to work with for the next few days now that we have guidelines in place to see how Rwanda can contribute to medicinal research in the world. US, Canada and the EU are big markets that we are seeing buying products," the board's CEO Clare Akamanzi told the state-run Rwanda Broadcasting Agency.

Authorities have yet to give details on when the production will begin, or where the cannabis farms will be located in the country, in which agriculture is the main employer.

Akamanzi said that anyone licenced to grow cannabis will be "required to have a very strong security program that has to be approved by our security organs".

"There will be strong measures including CCTV cameras, watchtowers, street lights and human security. This will ensure that the crop does not leave the farm to go to the local market," she said.

"We are absolutely not going to allow any other use for the crop - even recreational use - other than medicinal research."

Arrests for cannabis use are made on an almost daily basis in Rwanda, and doctors are forbidden from prescribing it as medicine.

Use of the narcotic can be punished with a jail term of two years, while those selling it can face up to 20 years in prison or even life imprisonment in "severe cases", according to the country's penal code.

"I fully support the government's position to produce cannabis for medicinal purposes. But I believe it should be fully legalised," Frank Habineza, leader of the opposition Green Party, told AFP.

We live in a world where facts and fiction get blurred
In times of uncertainty you need journalism you can trust. For only R75 per month, you have access to a world of in-depth analyses, investigative journalism, top opinions and a range of features. Journalism strengthens democracy. Invest in the future today.
Subscribe to News24
Related Links
Cannabis a 'high-growth' sector for jobs and investment, says City of Cape Town
Zimbabwean company sows first legal hemp seeds
This 27-year-old was left for dead. He is now launching drones to deliver blood to Rwanda's...
Next on Fin24
Zambia warns of default if creditors refuse interest holiday