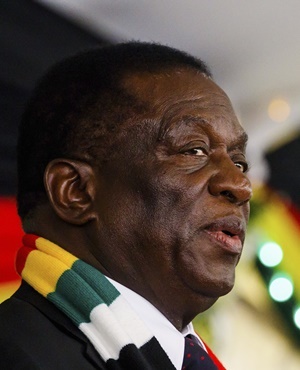 The newly-constituted Zimbabwe Anti-Corruption Commission (ZACC), which was given "new teeth" by president Emmerson Mnangagwa is on an anti-corruption blitz that has seen the arrest of two senior government officials including a Minister.

Mnangagwa declared last week that he has "created teeth" by giving ZACC powers to arrest the corrupt and has publicly stated that "acts of corruption will not be tolerated".

Tourism minister Prisca Mupfumira became the first high profile individual to be arrested and brought before the courts over an alleged US$95 million corruption scandal. Mupfumira is said to have abused her position to swindle funds from the country's state pension entity, the National Social Security Authority, when she was minister of labour in Robert Mugabe's administration.

Mupfumira becomes the second serving minister in Zimbabwe's history to be arrested while still in office. The first was former finance minister Chris Kuruneri who was arrested in 2004 while he was still in government. Mupfumira was on Saturday denied bail and will spend 21 days in custody.

Meanwhile another high profile arrest was made Tuesday when Principal Director Monitoring and Evaluation in the Office of the President and Cabinet, Douglas Tapfuma was arrested for criminal abuse of office after allegedly importing a fleet of vehicles.

ZACC commissioner in charge of investigations, Frank Muchengwa confirmed the arrest saying Tapfuma allegedly led people to believe that he was importing the vehicles on behalf of the State, when the cars were his. He allegedly imported the vehicles using letters from the President’s Office to facilitate the importation of vehicles for friends and relatives duty-free.

We live in a world where facts and fiction get blurred
In times of uncertainty you need journalism you can trust. For only R75 per month, you have access to a world of in-depth analyses, investigative journalism, top opinions and a range of features. Journalism strengthens democracy. Invest in the future today.
Subscribe to News24
Related Links
Zim mulls tariff hike as electricity becomes 'very big problem'
Zim businesses reduce prices after government threats
Zim energy minister posts R139 million proof of payment to Eskom on Twitter
Next on Fin24
Zimbabwean business leaders sound an unfamiliar note: optimism