Washington - The number of Americans filing for unemployment benefits was less than estimated last week and near a four-decade low, indicating the job market remains tight, Labour Department data showed on Thursday.

Firings remain historically low, as employers hold on to existing staff amid a shrinking pool of available workers and record-high openings.

Benefit claims may have declined earlier this month in part due to the end of seasonal retooling in the auto sector.

A robust labour market remains a primary driver of Americans’ improving attitudes about the economy and will help support consumer spending in the second half of the year.

• Unemployment rate among people eligible for benefits unchanged at 1.4%.

• No states or territories had estimated claims last week.

Related Links
Home prices in US rises 6.6% in the second quarter
Factory output in US declines on weaker auto production
Broad-based advance in US retail sales shows solid spending
Share
Next on Fin24
Plan to revive economy must address constraints or fail, Kganyago says 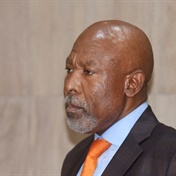