SIU files court papers to recover R3.8bn from Molefe, Koko, Guptas and others at Eskom 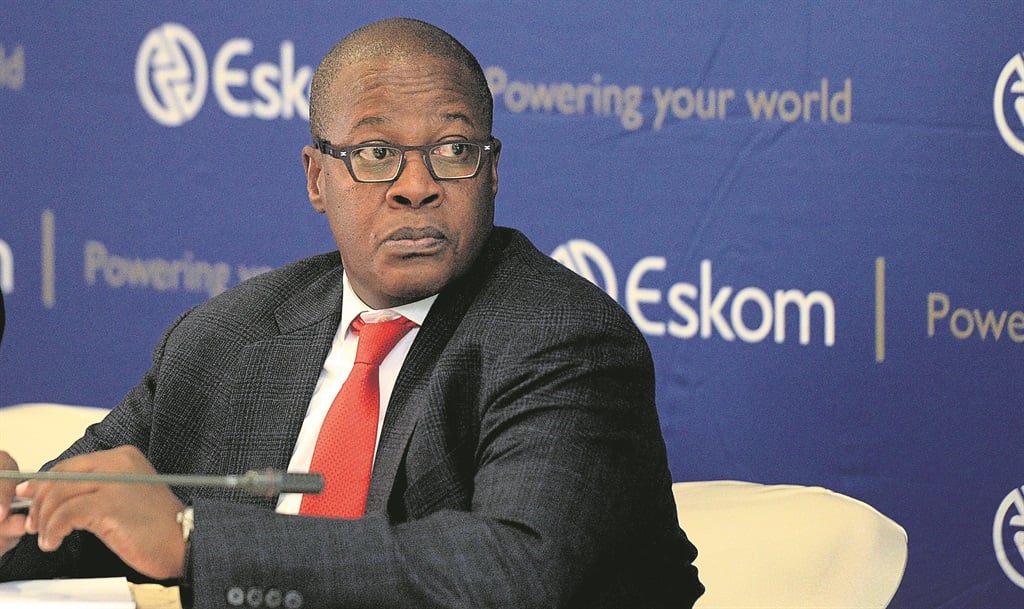 Debt-ridden power utility Eskom, along with the Special Investigating Unit, has issued summons to recover as much as R3.8 billion from former executives, board members and members of the Gupta family and their associates.

Eskom, which has been used as a vehicle for state capture, lodged the summons with the North Gauteng High Court on Monday.

The list also includes the utility's former Board Chairperson Ben Ngubane, and former board members Chwayita Mabude and Mark Pamensky.

"This delictual claim for damages that Eskom suffered relates to the recovery of approximately R3.8 billion in funds illegally diverted from Eskom to help the Gupta family and its associates to acquire the operations of OCH, which owned the Optimum Coal Mining (Pty) Ltd that supplied the Hendrina power station with coal.

"The further delictual claim for damages pertains to the payments that were unlawfully made to Trillian by Eskom Executives," the statement read.

Eskom said the 12 defendants acted in a "concerted effort" to corrupt, and irregularly divert resources from the utility.

"All of the former executives and board members breached their fiduciary duty of care and good faith to Eskom, and acted in a concerted State Capture effort with the Gupta Brothers, Mosebenzi Zwane and Salim Aziz Essa to illegally divert funds from Eskom," the statement read.

The SIU has been investigating numerous contracts at Eskom, and the utility has been reviewing major contracts concluded over the years. "Where any evidence of corruption or other irregularities have been discovered, Eskom has a moral and legal duty to cancel those contracts, and to recoup any losses it may have suffered as a result of any illegal or irregular activity," it said.

So far, Daniels told Fin24 she noted the media statement issued by Eskom, but has not received any papers. "Any summons shall be vigorously defended once received," she said.

Political analyst Somadoda Fikeni said that the recent announcement signals that prosecutions for state capture could finally start. "The key thing is to find people guilty and for the asset forfeiture unit to collect, then they (government) will recover credibility," said Fikeni.

Fikeni explained that there have been so many "verbal pronouncements" on recovering funds, including from former president Jacob Zuma, that they no longer carry much weight. People want to see prosecutions take place, he explained. Refering to the example of when Advcate Shamila Batohi was appointed the new head of the National Prosecuting Authority, there was a lot of hope, but the delays had reversed those gains. "There must prosecution," he emphasised.

Fikeni added that the "whole value" chain of prosecution must play its part, including law enforcement and crime intelligence. "You can have the NPA ready, but only find the cases presented to it are not tight, and then lose the case. Or you can have a tight case, but the justice system works on technicalities. The people who stole money can afford the best lawyers. The whole value chain must work in tandem," he said.

Head of capital markets research at Intellidex, Peter Montalto said that the announcement is a "positive step", but to be realistic, no money will be recovered in the short to medium term.The recovery of R3.8 billion is also a "drop in the ocean" compared to Eskom's debt burden of R450 billion. "Eskom has oversold this as helping their financial situation. It does not negate the deeper underlying work that needs to be done around Eskom's balance sheet," he said.

He also added that the Personal Protective Equipment tender issues which have comee to light in recent weeks shows how deeply embedded corruption is in the ANC operating model. "We should also be very careful to understand the rot is still very much there, as we are seeing in the PPE issues," said Montalto.

We live in a world where facts and fiction get blurred
In times of uncertainty you need journalism you can trust. For only R75 per month, you have access to a world of in-depth analyses, investigative journalism, top opinions and a range of features. Journalism strengthens democracy. Invest in the future today.
Subscribe to News24
Related Links
Eskom pension fund also wants court to order Brian Molefe to pay back the money
SAICA's Nomvalo: We need authorities and the good guys to help us
Eskom to cancel R14 billion contract after probe findings
Next on Fin24
SA govt holds talks with UK on travel, vaccine policies