Car makers struck by disaster were losing out on govt incentives. That has since changed 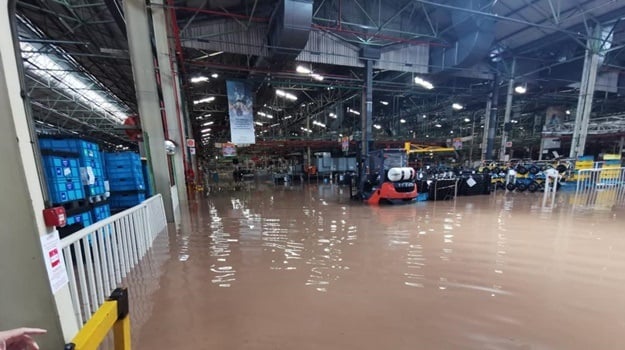 Toyota South Africa Motors welcomes the newly amended regulations, which will support it on the challenging journey to recovering its plant operations.
Motor Industry Staff Association

The government has filled a gap in legislation so that disasters do not prevent the local auto industry from qualifying for benefits in terms of a government incentive scheme.

The Automotive Production and Development Programme (APDP2) promotes production volumes in auto manufacturing and value-add in the automotive component industry. It forms part of a long-term master plan to grow the automotive industry and create employment across the value chain.

South Africa's automotive business council, Naamsa, estimates that large vehicle manufacturers have invested R8.8 billion in the sector in 2021 and R9.23 billion in 2020.

In terms of the APDP2 programme, a calculated Company Specific Percentage (CSP) determines the amount of a rebate or refund on customs duties.

Specific production volumes must be met to qualify for a refund or rebate. In reality, unforeseen disasters can prevent a manufacturer from reaching the required volume, meaning they lose the rebate or refund.

The Department of Trade, Industry and Competition (dtic) says the amendment addresses a gap in regulations to deal with national disaster situations. Such disasters can affect manufacturers to the extent that they may need to temporarily limit or close their operations and, therefore, be unable to meet their performance obligations under the APDP2.

Programme participants can now ask the dtic for permission to temporarily deviate from the unusual volume requirement and still qualify for the programme benefit.

Prenisha Martin, an expert in customs and international trade, says the amendment is critical to ensure the sustainability of these manufacturers in SA, citing the flooding in KwaZulu-Natal last year and earlier this year as an example. Some manufacturers faced extensive damage to their production facilities. It did not only cause a reduction or delay in production but also meant they did not meet the requirements to benefit from the APDP2 rebates and refunds.

"Prior to the amendment published on 3 August 2022, the APDP2 regulations did not provide a deviation from the requirements for the accrual of benefits," explains Martin.

Toyota's manufacturing plant south of Durban, its biggest in KwaZulu-Natal, is expected to be fully operational by the end of September – almost 25 weeks after it was hit by heavy floods in the area earlier this year. About 12% of the 4 596 units on-site at the time of the flooding had no damage.

Toyota South Africa Motors (TSAM) says it welcomes the newly amended regulations, which it hopes will support them on the challenging journey to recovering its plant operations.

For TSAM, the amendments indicate the continued collaboration between the automotive industry and the dtic.

We live in a world where facts and fiction get blurred
In times of uncertainty you need journalism you can trust. For 14 free days, you can have access to a world of in-depth analyses, investigative journalism, top opinions and a range of features. Journalism strengthens democracy. Invest in the future today. Thereafter you will be billed R75 per month. You can cancel anytime and if you cancel within 14 days you won't be billed.
Subscribe to News24
Next on Business
Risk of strike looms again as unions declare fresh public service wage dispute