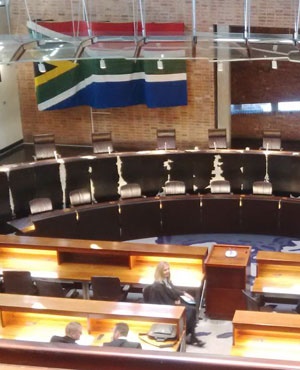 Johannesburg – The Constitutional Court this week ruled that employers must approach a court of law before they can make any deduction for alleged debt against an employee’s salary.

The historic ruling was made on Thursday by retiring Acting Chief Justice Bess Nkabinde, who declared section 38(2)(b) of the Public Servants Act unconstitutional.

The act reads that if an incorrect salary is paid to an employee, it may be corrected through deductions to the employee’s salary, even if the employee concerned is unaware the error was made.

The judgement flows from the case relating to Ms Olufunmilayi Ubogu, who was represented by the Public Servants Association (PSA). Ubogu worked as a Clinical Manager Allied at the Charlotte Maxeke Johannesburg Academic Hospital, but in 2010 the Gauteng Department of Health incorrectly paid her a higher salary for someone in the Clinical Manager Medical position.

She received this salary up until July 2015, when the department discovered its mistake.

The department subsequently notified Ubogu that she owed the department over R790 000. The department proceeded to deduct R33 000 from her salary to compensate for the overpayment. “The department failed to consult her and implemented the deduction unilaterally,” the PSA explained in a statement.

On Thursday, Nkabinde ruled that the Labour Court has jurisdiction to declare the provision invalid. She also confirmed that the provision was unfair and also “promoted strict liability” on an employee for overpayments, irrespective if the employee was able to pay instalments or the opportunity to approach the courts to contest the deductions.

She also indicated that the alleged debt was not fully due as this was to be determined by a fair hearing through the courts.

The matter of the debt is to be settled by the Labour Court to determine the recovery of the overpaid amounts to Ubogu.

We live in a world where facts and fiction get blurred
In times of uncertainty you need journalism you can trust. For only R75 per month, you have access to a world of in-depth analyses, investigative journalism, top opinions and a range of features. Journalism strengthens democracy. Invest in the future today.
Subscribe to News24
Related Links
Govt wage woes mount
Public servants union still suing Gigaba over PIC concerns
PSA threatens court action against Gigaba to settle its demands
Next on Fin24
Mauritius bans flights from South Africa for a month