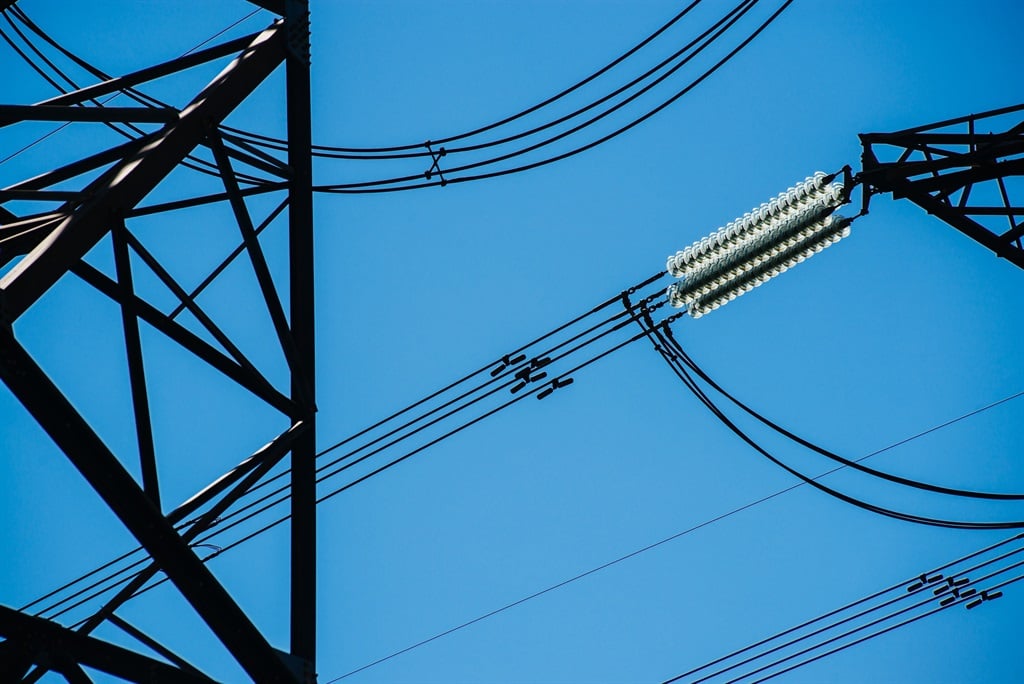 All municipalities purchase their bulk power from Eskom and, according to the Nersa guideline, this constitutes about 74% of the tariff. Picture: Bloomberg

South Africa's biggest pot of available cash - R1.91 trillion of civil-servant pensions and unemployment funds managed by the Public Investment Corporation - is emerging as the key to rescuing the debt-stricken national power monopoly.

The money manager has approached its parent agency, the National Treasury, with a proposal to ease the R464-billion load of obligations crushing Eskom, signalling officials are gearing up for the complex financial and political operation to convert about R95 billion of Eskom debt held by the PIC into equity.

"There's still a need to undertake a due diligence to confirm the viability of this proposal," the Treasury said in an 11 December response to questions from Bloomberg, its first statement connecting the PIC to an Eskom bailout. "It is important that the PIC be allowed space to follow its internal governance processes in line with its standard investment evaluation process to mitigate against any possible breach of governance or what could be perceived as political interference."

While international investors are cheering efforts to contrive a durable fix for Eskom, the idea of tapping the fund is already drawing warnings over the potential fallout. The swap, which could put Eskom into technical default, would pit the government against its own employees, set a precedent that could see other flailing state-owned companies knocking on the PIC's door, and rattle a private sector concerned that its money could be next. 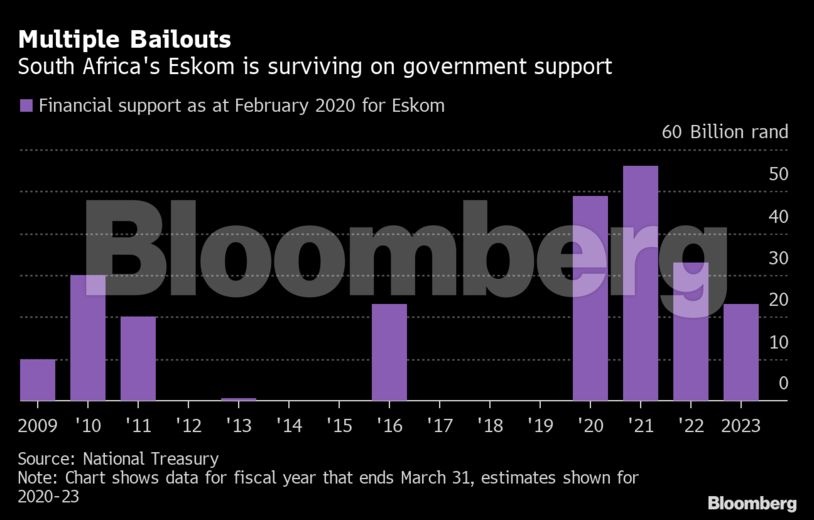 Speculation of a PIC role has intensified in recent weeks since President Cyril Ramaphosa told Bloomberg that "innovative ideas" were being discussed, and Finance Minister Tito Mboweni said the fund was willing to contribute to a solution for Eskom. Labour, business and the government last week agreed to work jointly to reduce the utility's debt in the so-called Eskom Social Compact.

"The sustainability of Eskom's debt and the risks it poses to state finances are now arousing political interests who are increasingly interested in grasping a solution," said Peter Attard Montalto, head of capital markets research at Intellidex. "Eskom's debt needs to be solved."

The decision to begin installing new steam generators at the Koeberg plant near Cape Town underscores state-owned Eskom's confidence that it will win approval to prolong production of low-emissions nuclear power into the middle of the century.

The scope of the task has increased since Goldman Sachs Group described the utility in 2017 as the biggest threat to South Africa's economy, which is just exiting its longest recession in 28 years. Eskom's inability to provide reliable power since 2008, when outages began, has crimped output and disrupted everything from aluminium smelters to household kitchens.

The deterioration was worsened by years of looting under Ramaphosa's predecessor, Jacob Zuma, leading to the 2019 bailout that totalled R128 billion over three years. But that's merely keeping the wolf from the door and the search for a long-term solution is under way for the too-big-to-fail operation.

Plans to rescue Eskom, which has said it can't afford to service more than R200 billion of debt, have also included dipping into the surpluses of state-run unemployment and compensation funds and converting some of its mostly government-guaranteed debt into sovereign bonds.

Credit analysts have been talking up Eskom as a 2021 top pick, citing the government's efforts, says Lutz Roehmeyer, the chief investment officer at Capitulum Asset Management GmbH in Berlin, who holds Eskom dollar bonds and isn't adding any more. "Investors are very bullish on the name and expect the sovereign to solve the problem," he said.

"As long as debt declines and becomes more sustainable, that's really the number one priority," said Guido Chamorro, co-head of emerging-market hard-currency debt at Pictet Asset Management in London, which manages $10 billion in developing-nation assets, including Eskom 2028 notes. "There are 101 different ways to do it. I mean, the government as the sole shareholder could even assume the debt. Or use its lower funding costs to borrow and then transfer the funds to Eskom."

The PIC is recovering from a government inquiry last year into how political meddling influenced decision-making. The probe led to the departure of several senior executives following disclosures that included bailing out one of the country's biggest retailers ahead of a national election against the advice of its investment professionals.

While the Congress of South African Trade Unions, a key ally of the ruling African National Congress, has backed using PIC funds to help Eskom, other labour groups, including the 235,000-member Public Servants Association, and business leaders have opposed it.

Eskom's own employee pension fund has signalled resistance to the idea. It doesn't want to change the "risk-return characteristics" of its R2-billion investment in the company's debt or add to the holding, said Chief Investment Officer Ndabezinhle Mkhize.

All of the options being considered have their pitfalls. A debt-to-equity swap may have to be offered to all creditors and could be classified by ratings firms as a default. Converting Eskom debt into sovereign bonds could flood the market and unnerve holders of South Africa's R2.62 trillion of junk-rated government bonds.

"We could lower the rating by one or more notches if the utility undertakes a debt restructuring, which, in our view, could be tantamount to a default," Standard & Poors' said in a 25 November statement.

Eskom CEO Andre de Ruyter has been credited with improving operations since taking over January but has said the debt question is in the hands of the government. He has spoken of using green finance to help reduce coal use and cut its debt. He didn't give specifics.

Ultimately, unpalatable as it might be, the government may find it just has to meet the utility's obligations by paying off its debt at it falls due.

"Everybody knows Eskom needs to do something about its debt, no one knows what that looks like," said Olga Constantatos, head of credit at Futuregrowth Asset Management, which has R194 billion under management, including Eskom debt. "It's in a utility death spiral as well as a debt spiral."

We live in a world where facts and fiction get blurred
In times of uncertainty you need journalism you can trust. For only R75 per month, you have access to a world of in-depth analyses, investigative journalism, top opinions and a range of features. Journalism strengthens democracy. Invest in the future today.
Subscribe to News24
Related Links
Eskom debt could stand in the way of securing external funding
Govt, IPPs a step closer to lowering electricity tariffs
Eskom posts profit of R83m over 'challenging' period
Next on Fin24
Find your load shedding schedule

See all newsletters
Voting Booth
In light of the recent looting, do you think a basic income grant is the right approach to deal with SA’s hunger and poverty problems?
Please select an option Oops! Something went wrong, please try again later.
It will go a long way in helping fight the symptoms of SA’s entrenched inequality, especially for those who are starving right now
20% - 1451 votes
SA’s problems are complex, and we instead need to spend that money on building and growing our economy, which will help the country in the long run
31% - 2259 votes
All grants are a problem as they foster a reliance on handouts
49% - 3569 votes
Previous Results
Covid-19 Money Hub
Covid-19 Money Hub - answering your business and money questions during the crisis