Eskom COO breached policy on contract, sought job for relative, according to report 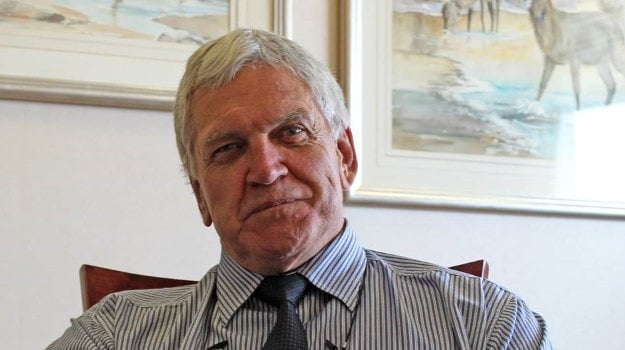 Eskom chief operating officer Jan Oberholzer negotiated a contract with a construction firm in which he held shares and asked a subordinate to find a job for his brother-in-law without disclosing that he was a relative, according to probes commissioned by the company.

A payment approved by Oberholzer to another contractor was also questioned by an independent counsel in his 15-page report, which was not released publicly but has been seen by Bloomberg. Eskom declined to comment. Oberholzer could not be reached for comment.

The previously unreported findings came in documents related to a personnel grievance filed by a senior executive, Mark Chettiar. While the April 4 report, produced through a separate process independent of the grievance, by Nazeer Cassim, a former High Court Judge, cleared Oberholzer of corruption, it concluded that he breached Eskom policy. In a statement in April, Eskom's board said there was no need for the company to take any action against Oberholzer.

Eskom, a nearly century-old monopoly that generates most of the nation’s electricity, is saddled with R450 billion in debt and can't supply the country with sufficient power. It's battling to right itself after years of mismanagement and corruption documented in public testimony over the last two years to a state judicial commission. CEO Andre de Ruyter took over in January pledging to root out graft and improve operations.

Oberholzer, a former employee of Stefanutti Stocks, signed a submission to Eskom's investment and finance committee recommending an increase in a contract with the construction firm, Cassim found. At the time, Oberholzer held shares in Stefanutti Stocks, the value of which had declined to R6 000 from an initial R600 000.

"Oberholzer breached the provisions of the Eskom policy - he should have abstained from the transactions in totality," Cassim said. "I propose and recommend that the CEO or a nominated board member counsels Oberholzer on the matter."

Eskom has since said it overpaid Stefanutti Stocks. The construction company denied on July 10 that it was overpaid.

On another matter, Cassim said that if a R42 million payment Oberholzer promoted or authorised to construction company Aveng had not already been the subject of litigation between the two firms "there is no reason why the issue cannot be the subject matter of a disciplinary hearing". Chettiar last year made a submission to the state graft commission about the procedures followed in authorising that payment, which has yet to be made after the commission recommended it be held back.

In an April statement, Eskom said it would wait for the litigation to be completed before it decided whether to take any disciplinary action.

In separate documentation relating to the grievance filed by Chettiar on September 13 against Oberholzer, the COO admitted to calling Chettiar and asking him to find a job in Cape Town for Gregory Jacobs, his brother-in-law. He said there had been "no pressure".

Chettiar, who declined to comment, has since faced an internal disciplinary procedure initiated by Oberholzer over the allegations he made and documents show that he has been moved to a training job in human resources against his will. In his report, Cassim said Oberholzer shouldn’t have taken action against Chettiar, as he had done so "hastily and emotionally".

In that grievance Oberholzer was accused of "use of the F word and shouting at the top of his voice with continued threats of firing people for non-performance".

Oberholzer apologised for his language, according to documents related to the grievance.

Related Links
OPINION | Eskom should start with a cost overrun review at Medupi and Kusile
Power cuts to continue on Sunday, says Eskom
Basil Read distances itself from companies allegedly overpaid by Eskom
Share
Next on Fin24
Find your load shedding schedule