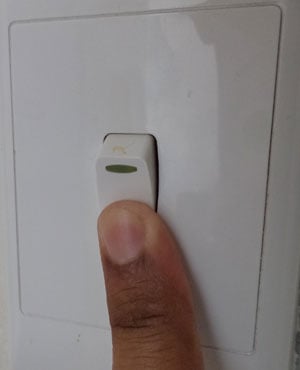 Four girls from Africa have demonstrated ingenuity by inventing a generator that is powered by urine. (Duncan Alfreds, News24)

Johannesburg - The requested tariff increase, which Eskom is now asking for, will endanger about 20 000 job opportunities at ferrochrome refineries, reported Netwerk24.

The largest ferromanganese refineries in the country have already closed due to high electricity tariffs.

Jurg Zaayman, chair of the Ferroalloys Producers Association of SA, on Tuesday presented data to the National Energy Regulator (Nersa), where Eskom's application for the increase is being submitted to public hearing.

According to Zaayman about a further 900 jobs of people working in the manufacturing of silicon metals could be destroyed if Nersa approves Eskom's application.

"Prior the cost of electricity was about 40% of the total cost and is now at just more than 50%. I fail to see how they can survive if the current application for a tariff increase is granted," said Zaayman.

Brian Molefe, acting Eskom CEO, and Thava Govender, Eskom's head of generation, stated clearly that the country will suffer more load shedding if Eskom does not obtain the increase it is asking for.

This is because Eskom needs most of the money from the increase to keep its diesel power generators going.

The energy expert Chris Yelland said Eskom is dishonest in its presentation, because it does not reflect the cost savings it gets because its two new coal power stations - Medupi and Kusile - are late.

"According to Eskom's last multi-year tariff application for the period from 2013 to 2017 it would by now have generated 4 300 megawatts of additional electricity. The cost of the generation of that electricity has been built into the current electricity tariffs," Yelland said in a presentation to the Nersa panel.

"This should be deducted from Eskom's application. When one does this, only 3.63% of the additional 12.61% Eskom is asking for diesel and additional power it wants to buy from private generators, remains."

ALSO READ: What Yelland will tell Nersa about Eskom tariffs

We live in a world where facts and fiction get blurred
In times of uncertainty you need journalism you can trust. For only R75 per month, you have access to a world of in-depth analyses, investigative journalism, top opinions and a range of features. Journalism strengthens democracy. Invest in the future today.
Subscribe to News24
Related Links
Eskom to tap global markets with sukuks
Time not right to sell Eskom assets - Molefe
Nersa panel grills ‘new’ Eskom chief
Next on Fin24
Find your load shedding schedule

See all newsletters
Voting Booth
In light of the recent looting, do you think a basic income grant is the right approach to deal with SA’s hunger and poverty problems?
Please select an option Oops! Something went wrong, please try again later.
It will go a long way in helping fight the symptoms of SA’s entrenched inequality, especially for those who are starving right now
20% - 1475 votes
SA’s problems are complex, and we instead need to spend that money on building and growing our economy, which will help the country in the long run
31% - 2292 votes
All grants are a problem as they foster a reliance on handouts
49% - 3617 votes
Previous Results
Covid-19 Money Hub
Covid-19 Money Hub - answering your business and money questions during the crisis