SA not ready for another unaffordable tariff hike, Nersa hears 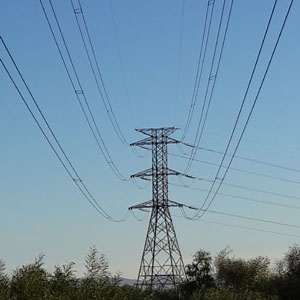 Cape Town - The National Energy Regulator of SA (Nersa) will on Tuesday continue its public hearings on Eskom's application for the evaluation and approval of the regulatory clearing account (RCA) balance for the financial year 2013/2014 of the third multi-year price determination (MYPD3.

The RCA process reconciles variances between the actual costs that Eskom incurred in 2013/2014 financial year in the production of electricity and the MYPD3 record of decision by Nersa.

"Eskom’s mandate is to provide electricity to support the economy. We are sensitive to the impact the RCA submission has on the wider economy. To this end, we have not claimed R10.5bn of costs incurred by Eskom that are not recoverable under current RCA methodology," Eskom said on the first day of the public hearings in Cape Town.

On Monday Leslie Rencontre, director of electricity at the City of Cape Town, told Nersa the adjustment would mean all cities in South Africa would face an electricity tariff increase of at least 16% in July.

The bulk of the R22.8bn adjustment Eskom is asking for, is made up of reduced revenues of R11.7bn and increased primary energy costs of R14.4bn.

"Electricity prices are already high for business and residential consumers, including the poor," Rencontre said.

"Any additional increase approved by Nersa will have a further negative impact on Cape Town’s economy."

At the hearings the SA Local Government Association (Salga) told Nersa the big question is whether the South African economy and South Africans are ready for another unaffordable electricity increase at this point.

Salga said it understands and accepts the RCA process, but it has unintended consequences and defeats the purpose of having a five-year multi-year price determination. In Salga's view the RCA process creates uncertainty and instability, which could end up punishing consumers because of "bad planning and grossly inaccurate projections" on the part of Eskom.

Business is no longer able to absorb further electricity tariff hikes, particularly given the impact on an already weak South African economy, Virgin Active SA told Nersa in its presentation at the hearing.

"A further tariff increase has a massive compounding effect and is baked into the base forever. Compound effects of previous years' increases should be more than sufficient for Eskom," the company said.

"Allowing Eskom’s proposed increases has the potential to perpetuate the poor management and planning issues at Eskom. Tariffs are easily used as a convenient 'release valve' rather than Eskom being forced to find more innovative ways to address its issues."

Roger Pitot of the Authority of the SA Automotive Components Industry told Nersa that granting Eskom the R22.8bn adjustment would in effect mean an increase of more than 25% for tariff-based customers during the 2013/14 financial year.

"Based on Eskom's rationale, similar 'corrections' can now be expected in future," cautioned Pitot.

"Does Eskom realise the consequences? Users and particularly business and industry will further reduce their usage of power as encouraged by Eskom and as prices escalate, creating a vicious circle of lower revenue, surplus capacity and Eskom requests for price increases, which are certain to continue."

This will lead to a further reduction of investment and employment in the industry, said Pitot.

The public hearings will move to Port Elizabeth on Wednesday.

See all newsletters
Voting Booth
Do you think it was a good idea for the government to approach the IMF for a $4.3 billion loan to fight Covid-19?
Please select an option Oops! Something went wrong, please try again later.
Yes. We need the money.
11% - 929 votes
It depends on how the funds are used.
74% - 6232 votes
No. We should have gotten the loan elsewhere.
15% - 1282 votes
Previous Results
Covid-19 Money Hub
Covid-19 Money Hub - answering your business and money questions during the crisis