London - Eurogroup chief Jeroen Dijsselbloem has dismissed as "intellectually impossible" the notion that Britain could retain unfettered access to the European single market while also cutting down on EU immigration.

Dijsselbloem also warned on Wednesday that negotiations for Britain's departure from the EU would take "a lot longer than two years" - the estimated timetable written into the EU treaties.

Dijsselbloem spoke after an interview by Boris Johnson with Czech daily Hospodarske Noviny in which the British foreign minister reportedly said Britain would "probably" have to leave the European customs union but still have "free trade" with EU states. 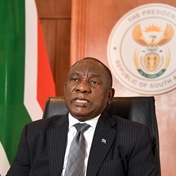