Fed guidance on rates after liftoff may remain foggy 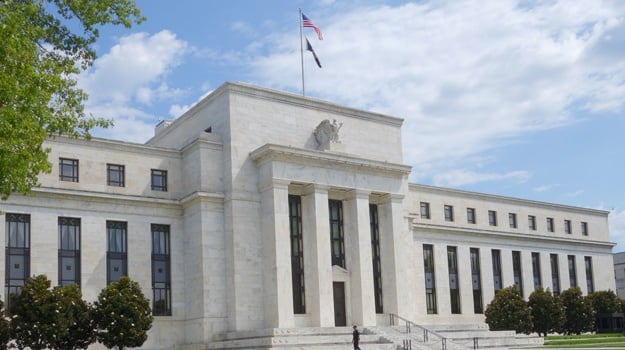 The US Federal Reserve clearly telegraphed a March interest rate hike after its meeting this week but the pace of what follows may remain clouded as officials wait to see how inflation, the coronavirus pandemic, and the economy overall react in coming months.

In that environment, former Fed officials said, it may be hard - even unwise - for the Fed to tie itself to the sort of forward-looking promises employed in the past to communicate its plans, with words like "gradual" being used in Fed policy statements to relay expectations of hikes every quarter.

With so much unknown about where prices, the pandemic and the economy are heading, "I don’t see how they can say they are going to be 'patient' or they are going to be 'gradual' or they are going to move 'deliberately' or whatever word you like because it is too easy to imagine outcomes where it is wrong almost right away," said William English, a professor at the Yale School of Management who ran the Fed's Monetary Affairs Division responsible for drafting policy statements.

That may put further weight on the quarterly economic and policy projections officials will issue at their March 15-16 meeting, providing a window on how they think key economic variables are evolving.

The projections have often been criticised as a font of misunderstanding - a collection of individual outlooks that can be misconstrued as a "forecast" or "plan" of the central bank itself, and which can be outdated almost as soon as they are published.

But in an environment where the Fed may want to hedge its official policy statement, they might provide the best sense of direction.

The Fed's public commitment to an all-in battle against inflation belies that the central bank is also involved in a sort of waiting game. Many policymakers still feel some, if not much, of the progress of lowering inflation from multi-decade highs will come from supply chain problems diminishing and an easing pandemic eventually allowing a more normal resumption of commerce and work.

On that hope they have rested projections that as of December still only foresaw modest and never restrictive interest rate increases.

It remains unclear when those positive developments will be felt in tempering headline consumer inflation that hit 7% in December, the highest since the 1980s. What Fed officials fear is that in the meantime inflation may become more embedded, begin to reshape psychology, and be that much tougher to dislodge. That risk has led them to prepare for more aggressive steps to clamp down on credit and consumption and stifle inflation through monetary measures.

Given the stakes - higher and stickier inflation if they make one mistake, a potential recession if they make the other - officials don't want to go all in until they need to.

In the statement approving the March rate hike, "they are not going to be willing to commit to anything because they want to be 'humble' and 'nimble,'" said Vincent Reinhart, chief economist for Dreyfus and Mellon, quoting words Chair Jerome Powell has used to acknowledge that the Fed has been wrong in its forecasts through the pandemic, and may have to shift policy fast in response to events.

Absent guidance in the statement itself, "the dot plot is going to be important," said Reinhart, a former Fed staffer who also served as head of monetary affairs and as an economist to the policysetting Federal Open Market Committee.

The dot plot charts officials' projections for the appropriate level of the Fed's target policy rate in coming years, issued at four of the central bank's eight meetings each year. In the next set out in March, central bankers will have to catch up with data and markets that have sped ahead, as they have through much of the pandemic.

Among the reasons the Fed has shifted its stance so abruptly in recent months is that the outlook for "transitory" inflation that would mostly go away on its own, as the bumps of the pandemic reopening got smoothed away, proved out of step with price increases that persisted and broadened through the economy.

Powell at his press conference hinted that a markup of inflation is likely coming in the next set of projections, saying that from his view the situation was "slightly worse" than in December when the last forecasts were issued.

That may well feed through to officials' outlook for rates. December's median forecast foresaw three increases this year of a quarter point each. If that shifts higher it could serve the same purpose as putting a word like "gradual" in the statement, without conveying the same sort of policy commitment.

Powell further said the Fed could be blindsided from either direction this year, by inflation that fails to fall as fast as anticipated and forces a more aggressive response, or by developments that bring inflation more into line and allow the Fed to do less of the work.

"The path is highly uncertain," Powell said, enumerating reasons the Fed still feels inflation will slow on its own, but saying the Fed was "committed to using our tools to make sure that high inflation...does not become entrenched.