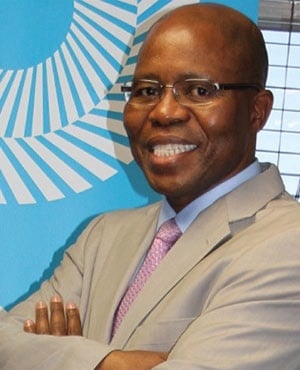 Johannesburg - South Africa should have talks on the appropriateness of the central bank’s inflation target, Deputy Finance Minister Sfiso Buthelezi said, adding to concern that the institution’s mandate may be altered.

“We set this 3% to 6% then, under different economic conditions,”  Buthelezi said at a conference on Monday in Johannesburg. “Is it still relevant now? Is it a policy for all seasons?”

Buthelezi’s remarks come a week after Public Protector Busisiwe Mkhwebane recommended in a report that the constitution be changed to alter the role of the central bank to focus less on inflation and more on societal needs.

Her comments knocked the rand as the change was seen by investors as a threat to the Reserve Bank’s independence, which is cited as a key institutional strength by credit-rating companies and investors.

The African National Congress has rejected the suggestion that the law be changed and the central bank said it will take the graft ombudsman’s recommendations on review.

While the National Treasury has yet to take a view on Mkhwebane’s report, the Reserve Bank’s independence must be maintained, Buthelezi said, adding that he hasn’t discussed the inflation target with his boss, Finance Minister Malusi Gigaba.

South Africa formally introduced inflation targeting in February 2000 when Tito Mboweni was the central bank governor and Trevor Manuel was finance minister. Price growth slowed to within the target band in April for the first time in eight months.

“The constitution prescribes the primary mandate of the SARB, which is to protect the value of the currency in the interest of balanced and sustainable economic growth,” the central bank said in its annual report released on Monday. “Achieving price stability contributes towards underpinning the stability of the entire financial system.”

The ANC will hold a conference from June 30 to review policies on the economy, land and mining that will lay the foundation for the party’s leadership election in December. The party will discuss the central bank’s mandate, deputy secretary general Jessie Duarte said last week.

“From a broader sense it would be good for the economy, and for people to understand why we adopt inflation targeting and the importance of it,” Thabi Leoka, an economist at Argon Asset Management in Johannesburg, said by phone on Monday.

The Reserve Bank’s monetary policy committee (MPC) has left its benchmark rate unchanged at 7% since March last year and forecast inflation will stay within the target range until at least the end of 2019.

While more increases in the repurchase rate may be avoided, the committee would prefer for price growth be anchored closer to the 4.5% midpoint of the band before cutting rates, the Reserve Bank said in the annual report.

The MPC “will remain focused on ensuring that headline inflation remains comfortably within the target range on a sustainable basis,” governor Lesetja Kganyago said in the report.